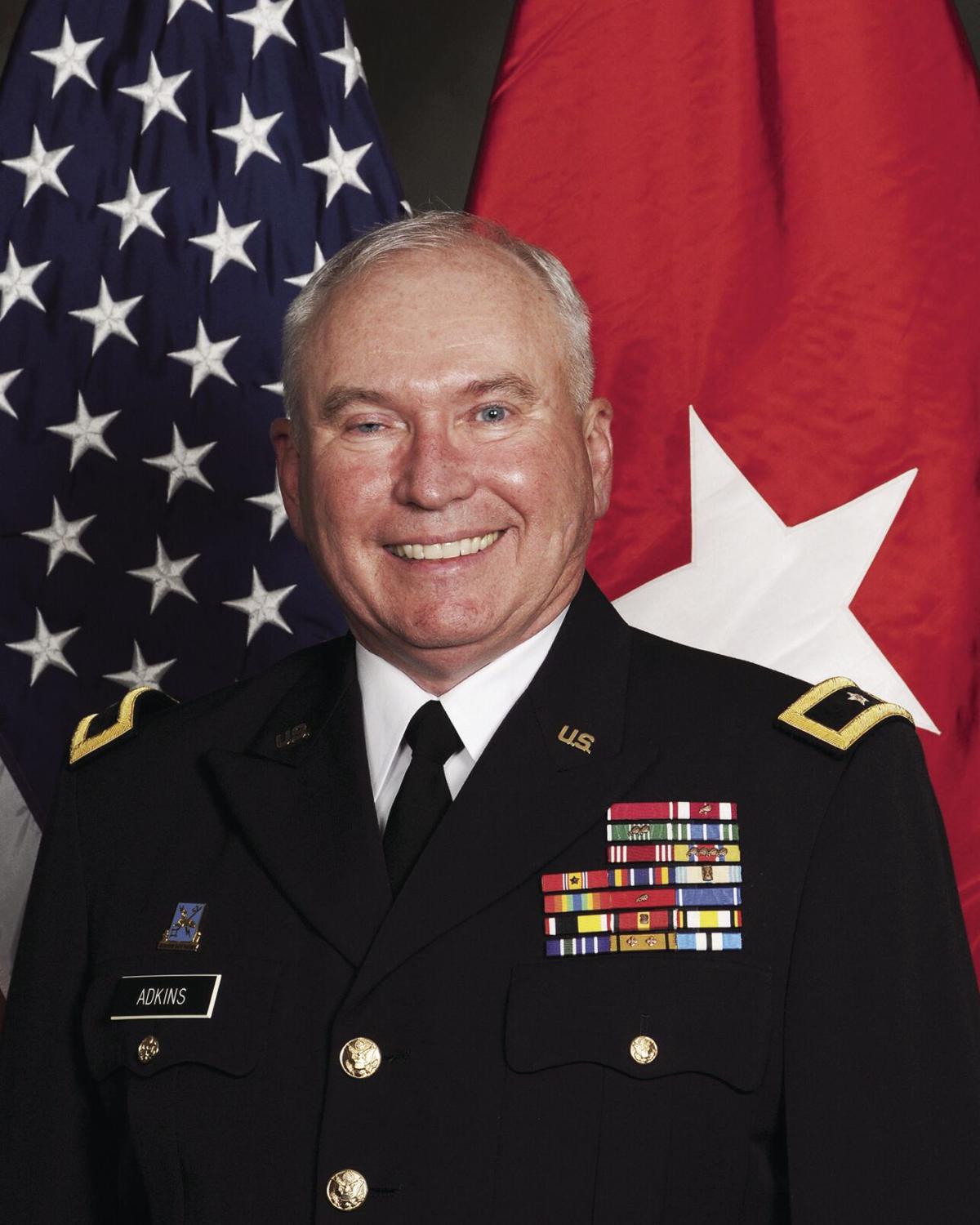 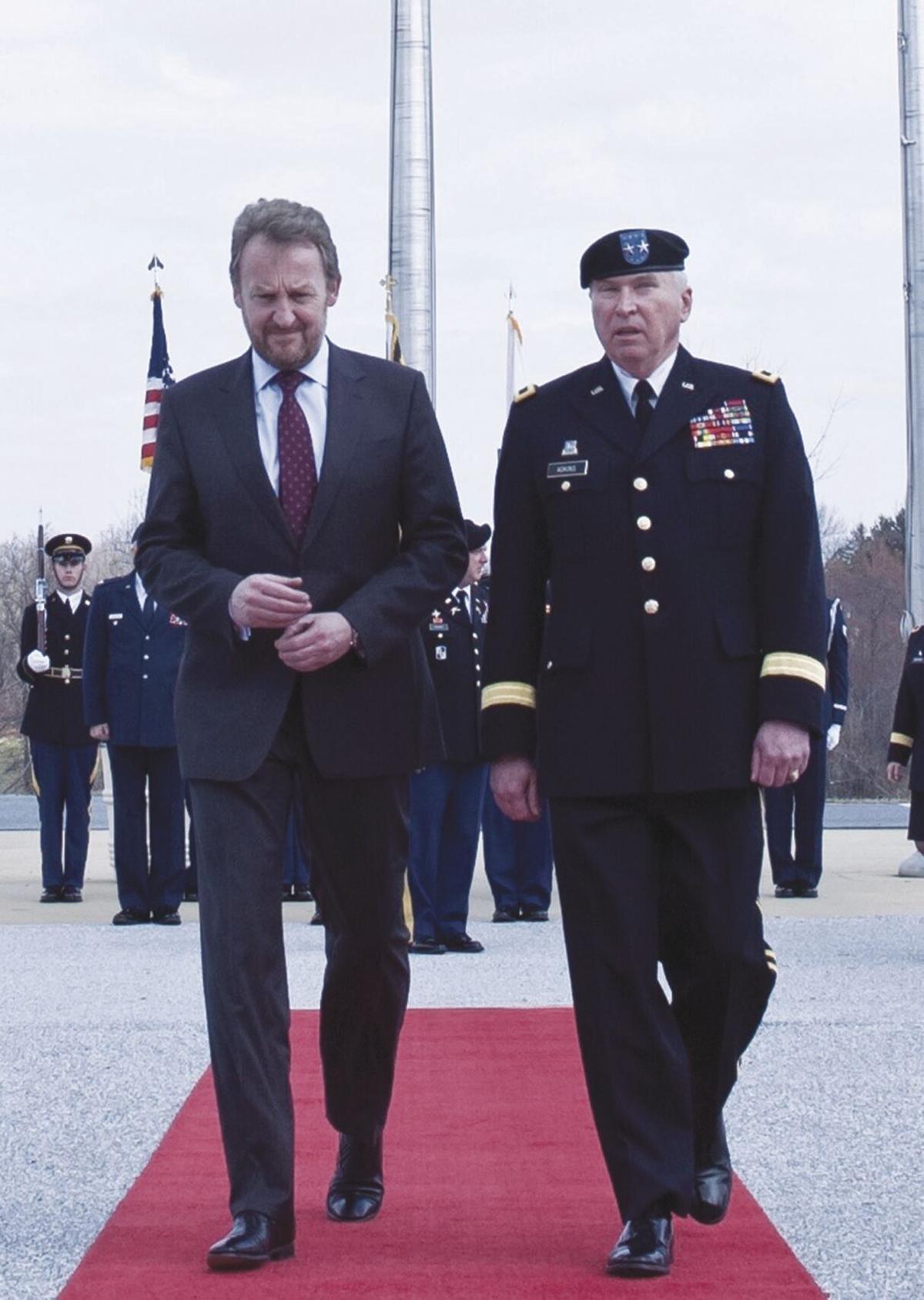 Editor's Note: When Major General Jim Adkins, USA Retired, emailed the story of a woman from Alvin who married a minister during WWII, I was interested.

The more I learned about the couple and their travles around the world, his death, her determination to find her husband's remains in a mass grave and love and pride Alvin has for its history, I felt it was necessary to tell the story.

As I spoke to Adkins, I elarned there was even more to this story...the author.

Thus, I felt the need to provide an introduction to a 3-part series, which he researched and wrote.

For the next three Wednesdays, we will follow this couple from their meeting in alvin to her death. As he said, "She was quite a woman.")

Determined and dedicated. Those are the best ways to describe Major General James A. Adkins, who retired after 40 years of service in the United States Army with a very impressive resume. As both an enlisted man, and when he reached officer ranks, he served at nearly every level of command and in various staff assignments.

His resume lists a great deal of education, including intelligence, infantry and cavalry in the U.S. and abroad.

His list of awards is a long one, highlighted by awards of appreciation from the country of Estonia.

Just hitting the highlights of his career leaves out much of his dedicated service.

But, he wasn’t through with his desire to serve after all those years, and was offered the position of Adjunct General for the state of Maryland.

In his new position, Adkins was responsible for the daily operations of the Maryland Military Department, including the state’s National Guard, Air National Guard, Emergency Management Agency and Defense Force. He led those departments from 2008-2015.

After all those years of public service for his country, followed by many years in leadership roles for the state of Maryland, he retired. But, now he has turned to another challenge that he has met head-on.

Adkins has a Masters degree in History and this love of American history led to what has turned out to be more than he ever anticipated, a story about a man and his wife: Naval Chaplain David Long Quinn and his wife, Dorothy.

After retiring as former cabinet-level official as Maryland’s Adjutant General and Secretary of Veterans Affairs, he was asked a simple question which led to the story Adkins wrote.

“ I had assisted a friend with information on his uncle who died during the Bataan death march,” he said.

“He honored his uncle with a Facebook post on Memorial Day and a distant relative of Quinn saw his post and she asked him for assistance in finding info on Chaplain Quinn.”

Adkins then received the request and “the search began”.

Using all types of available sources, Adkins learned that Quinn was a dedicated and devoted man of God. He gave his life for God and country.

One of his assignments was in Alvin where he met Dorothy “Dot” Davis, the daughter of a local farmer.

They married in Brazoria and during the Great Depression, he was served as a chaplain in the US Navy and served as only one of two that year.

From there, Adkins research pays off as he discovered the life the couple led before World War II, and what happened afterwards. He describes how Dot took charge as she learned about her husband’s death as a POW, and where he was buried.

“Totally” retired since 2015, he says,” I will continue to seek untold stories as well as solve mysteries where I can.”

Yet, he continues to search for more information on Dot, and just recently found her death certificate.

The first part of his story on the Quinns begins next week in the Alvin Advertiser.