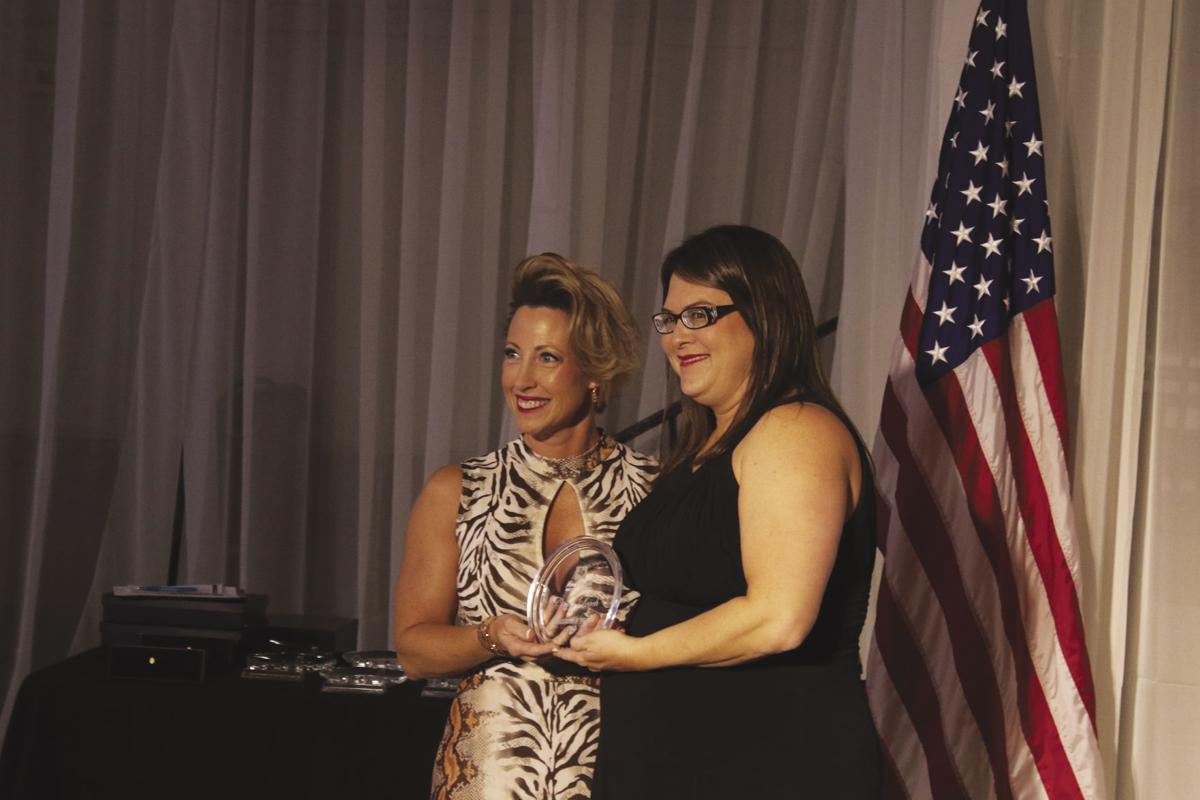 Lindsey Vaughn (right) presents Cindy Leach with the 2018 Ambassador of the Year award. 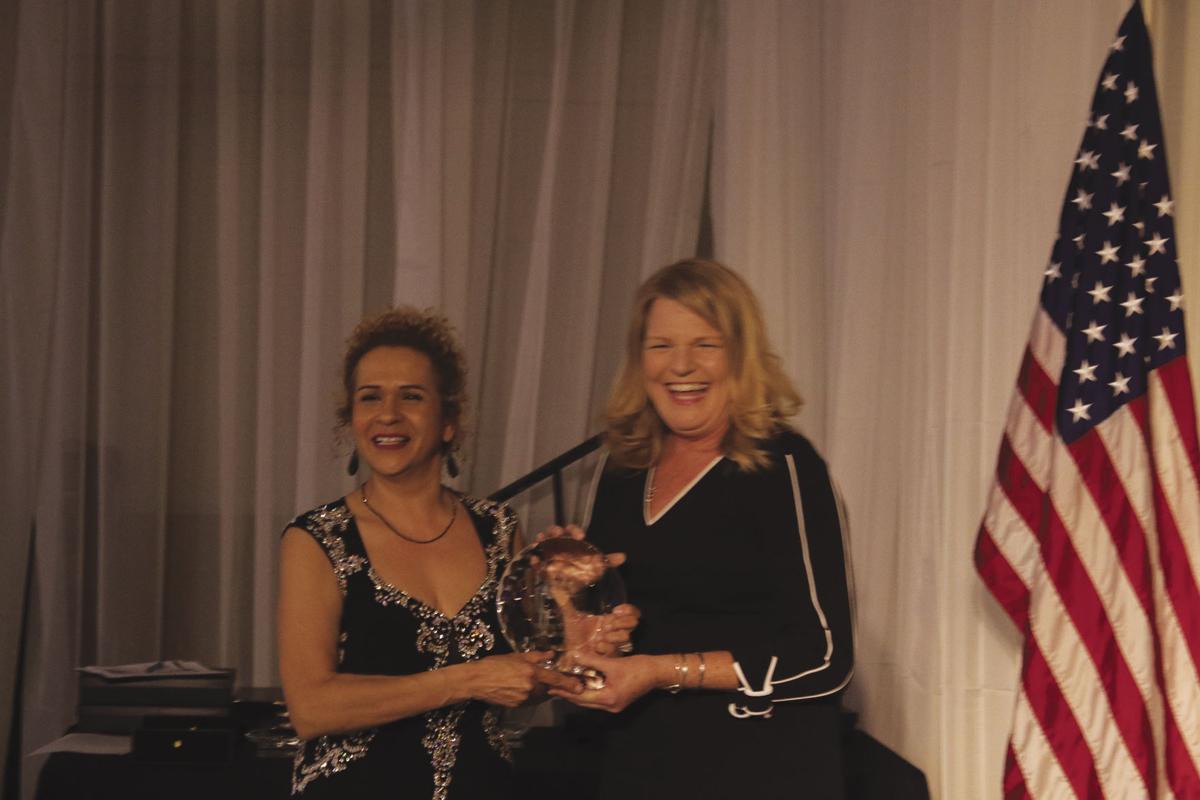 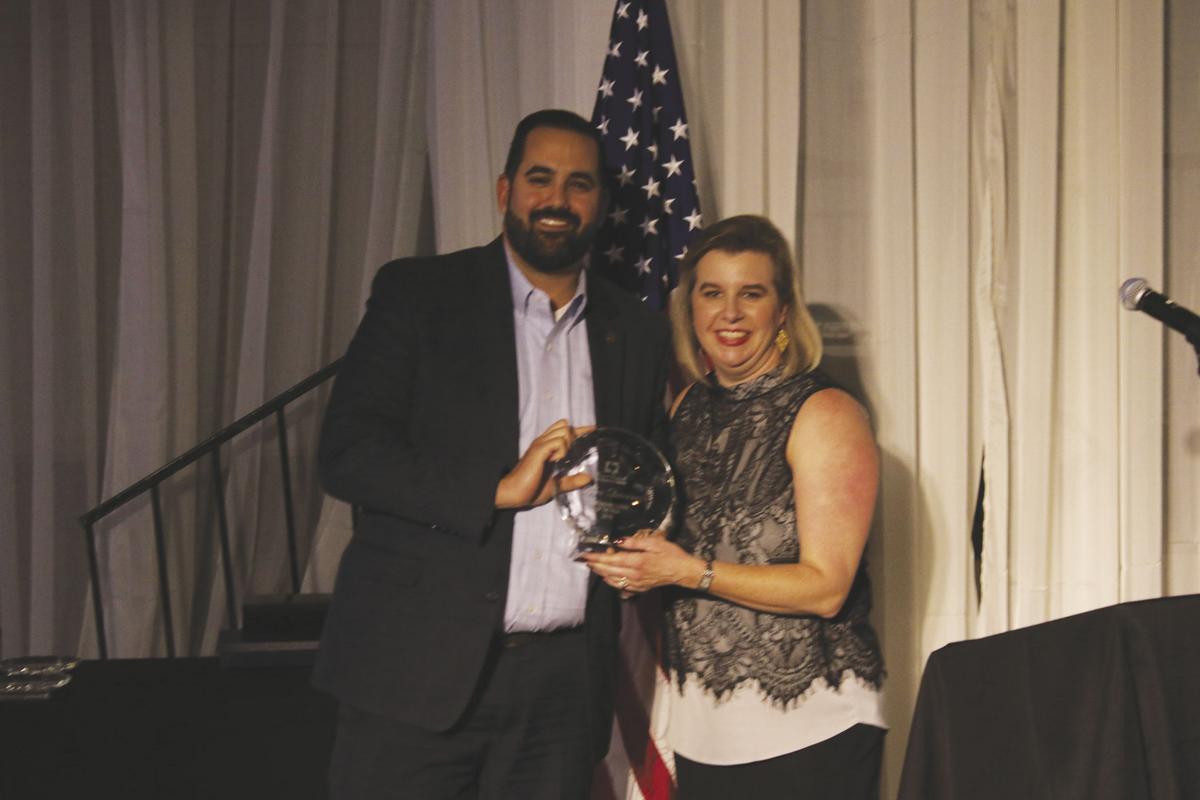 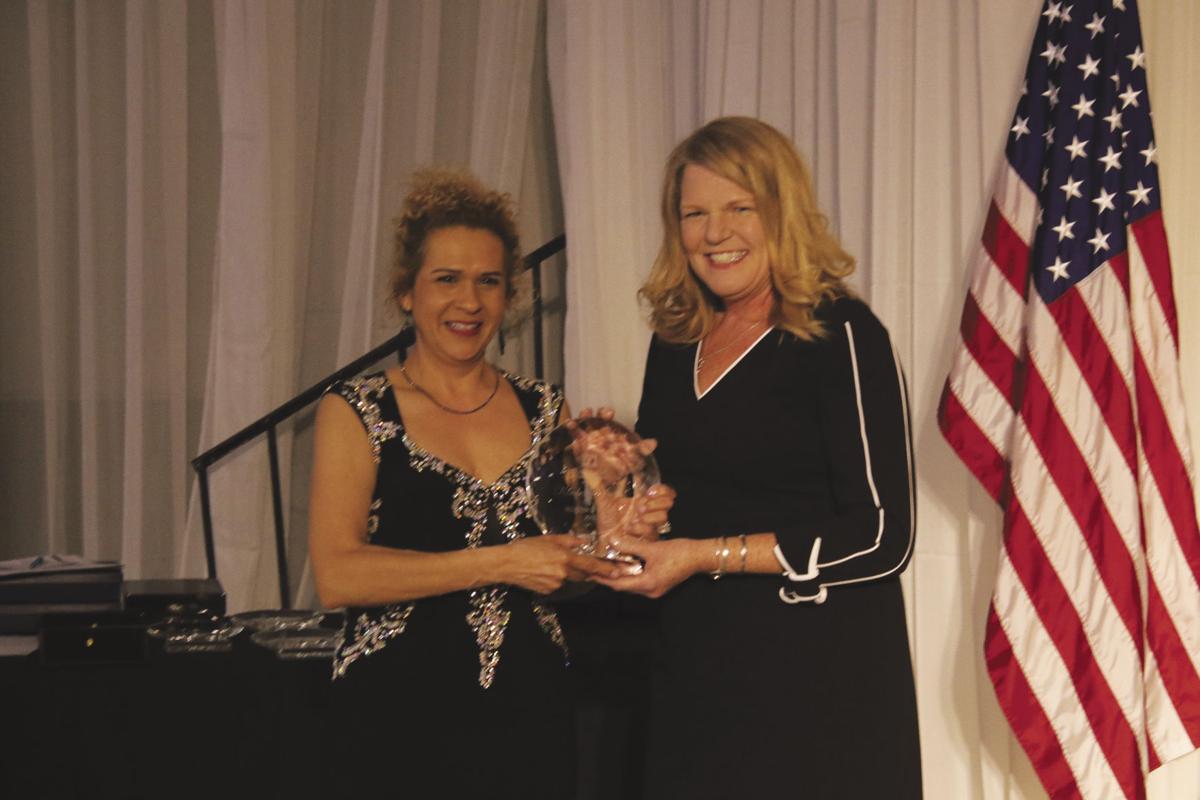 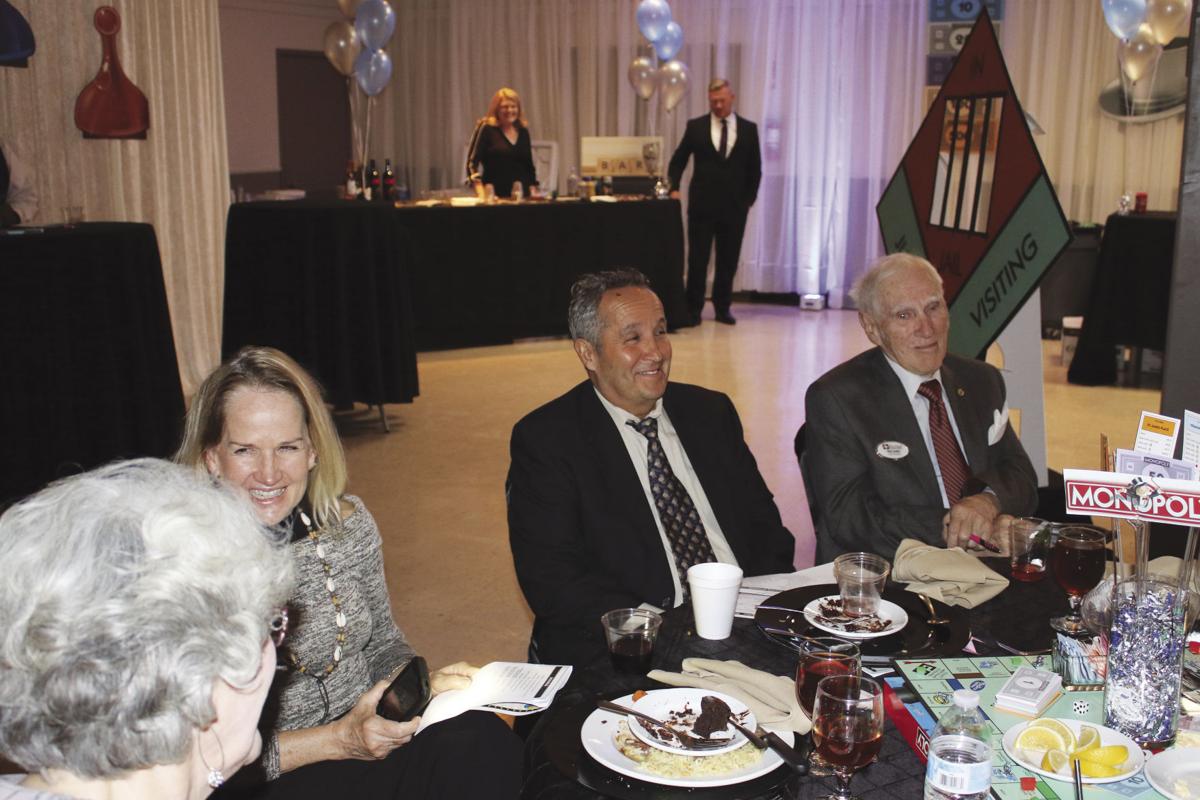 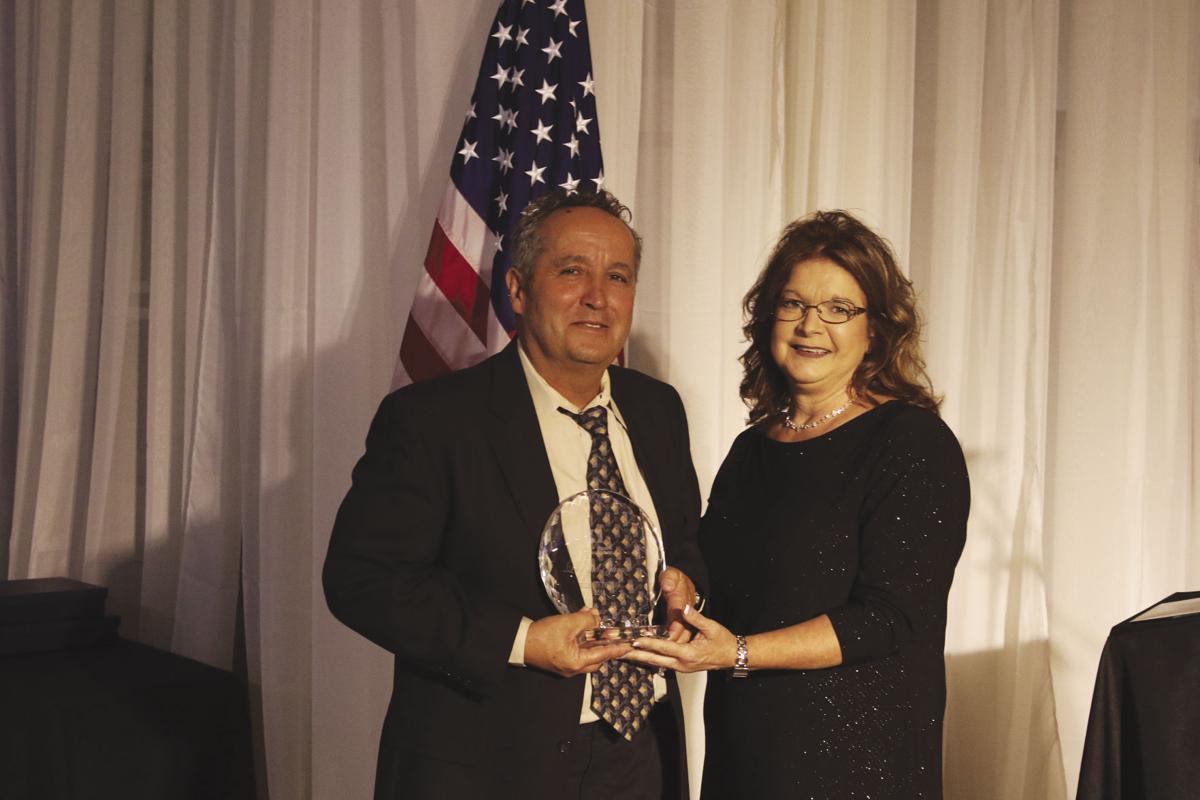 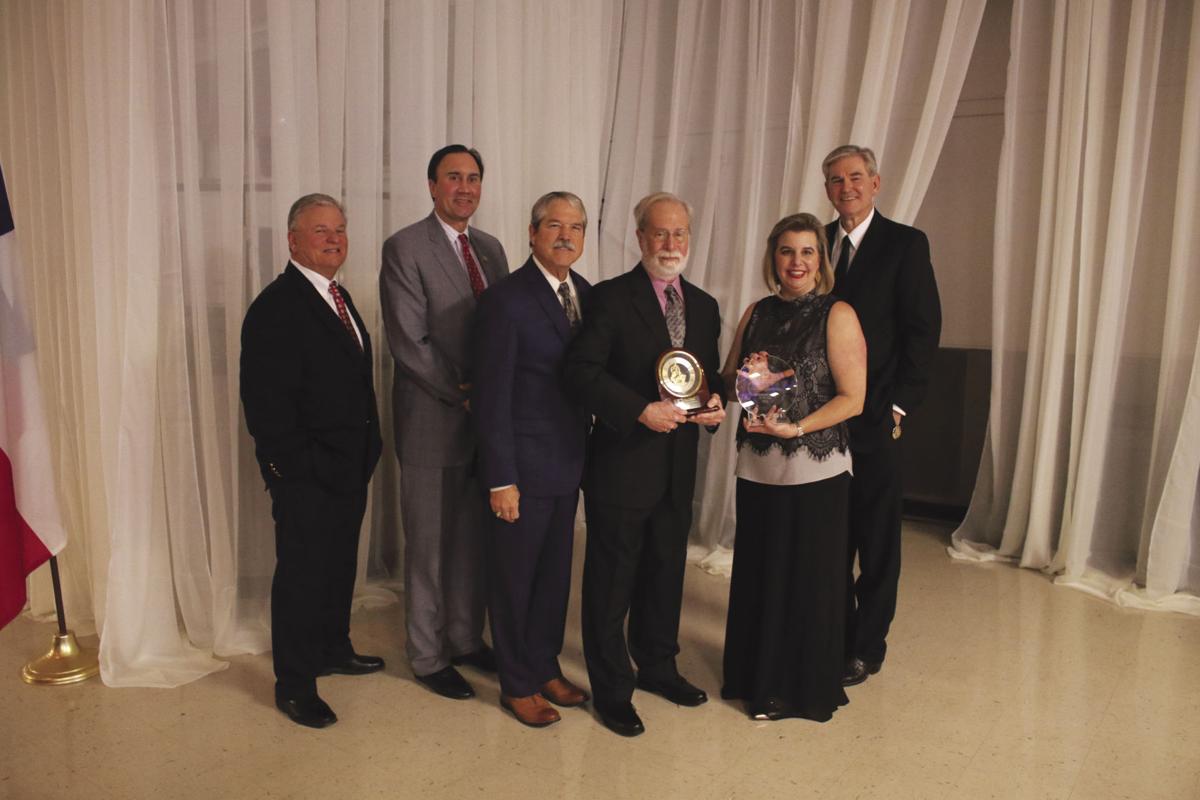 Lindsey Vaughn (right) presents Cindy Leach with the 2018 Ambassador of the Year award.

After introducing Scott Salter as the new chairman of the board and holding a live auction presented by Jarrod Smith of Alamo Title, Lindsey Vaughn of RE/MAX American Dream announced the night’s first award. Cindy Leach received the 2018 award for Ambassador of the Year despite only being an ambassador for two years.

“She jumped in and got right to work. This year she has attended more events than any other member of my ambassador team, even with a surgery to boot,” Vaughn said.

Kimberly Dugas of Gotcha Covered Insurance was presented the 2018 award for Volunteer of the Year.

“She’s not only active in the local chamber of commerce but several in the surrounding area, leveraging her knowledge and connections to bond us together and present a united front and advocate for our area,” Adame said.

Jody Droege of TDEC, Inc. presented the 2018 Citizen of the Year award to an individual for whom “health and wellness and education are always on the forefront, but you also won’t find this individual too far from his drumsticks,” Droege said. Upon this announcement, retired Alvin High School swimming coach Lenny Garcia, chairman of the board for Thelma Ley Anderson YMCA and co-founder, along with his wife, Victoria Garcia, of the Beneeezy Purple Monkey Fun Run in honor of their son Ben Garcia who was lost in a car accident in 2004, knew before most in the room that the award was for him.

In reaction to the surprise, Garcia joked that he thought he was just getting a free dinner when he was invited to the banquet.

The individual Lifetime Achievement award for 2018 was presented to a man that many refer to as “Mr. Alvin” for his extensive knowledge of the city’s history, being a fourth-generation Alvinite who remembers hearing family members recount the 1900 Storm and still receives calls from out-of-towners who have been referred to him for questions about local history — longtime city clerk Tommy Peebles, who retired in 2014 after working for the city of Alvin for 40 years.

Peebles’ surprise at the honor was equal to that of Garcia’s. Peebles said he, like Garcia, was just expecting a free meal.

“The passion and dedication from this business is unparalleled. They have a no nonsense approach and get results. You can find them volunteering at events serving in leadership roles and sponsoring all aspects of the community,” Venable said, adding that Valdés Law Firm supports education through both Alvin Independent School District and the college and supports youth sports throughout the community.

“He mentors and encourages and supports other small businesses in all that he does,” Venable said.

Texas State Senator for District 11 Larry Taylor presented the Large Business of the Year to Ascend Performance Materials. Taylor said Ascend has gone above and beyond in supporting its employees and helping the community.

“They have a foundation led by employees funded entirely by donations and company match. Every dollar donated to the foundation supports the work of the foundation. Last year, volunteers repaired 55 homes and served over 1,000 meals to employees impacted by Hurricane Harvey,” Taylor said.

Taylor said Ascend’s most recent charitable program for the community was the donation of 10 playhouses, “completely decked out and customized for children with disabilities” through a partnership with local non-profit agency BACH.

“I go to a lot of chamber of commerce banquets and this was one of the best,” Taylor said.

“It’s always a lot of fun. A lot of good people,” Thompson said.