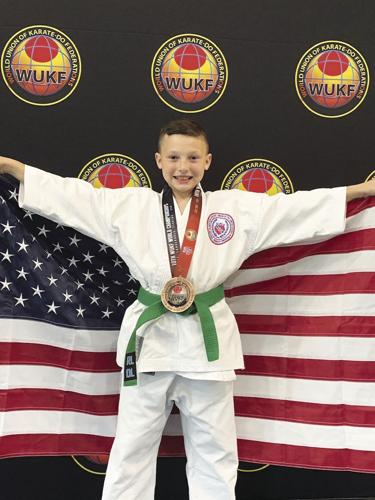 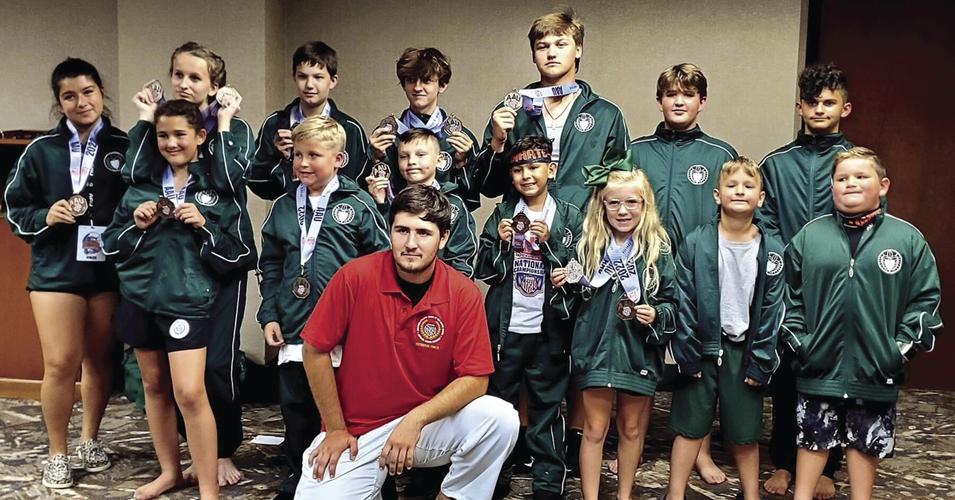 They have a winner! It’s been an amazing year for a group of Alvin kids who have dedicated themselves to martial arts. And, it really paid off in the 2022 World Union Karate-Do Federations WUFK Championship Tournament, which was held in Ft. Lauderdale, Florida a few weeks ago.

Alvin’s Jack Townsend, who trains at Faith Family Karate, took home the Gold Medal for the United States in the completion, where 32 countries sent their teams to compete.

Thirty-two countries from all over the world competed, and Jonathan Townsend won the gold in his age group. “I couldn’t believe it when they called my name! I was in shock! It was so cool!”

Alvin’s Brawley Fisher, who also competed, served as the technical coach for the team and won Bronze Medal in the Kumite portion of the competition.  Kumite is a competition between two people where one serves as an adversary. It requires detailed techniques to master.

More than 2,000 registered World Wide Competitors and each division had a large number of competitors, and of those, 700 were from the United States.

Each participant was able to compete in the USA meet the first day of the Tournament.

In the national contest the Alvin team was named one of the top 20 teams competing. They were honored for having the biggest team, and received a huge ribbon to bring home and hang up where they could see it when they practiced. This is the third year they have won the honor.

Although there were all languages spoken, team members from Alvin were able to communicate their love of karate.

Townsend, 11, had placed third in the in the sparring division. In the AAU Nationals, and took third place in the World Championship games in Kata, a form of Karate where an individual performs training exercises.

Jack is the first student at his Karate School to win a world title. The win also means that he is now internationally ranked and can compete in the World Tournament again next year in Scotland.

He recently completed the fifth grade at Mark Twain Elementary and will be starting sixth grade at Harby Jr. High in the fall.

Jack has been competing for three years, practices at Faith Family Karate two nights per week with his older brother, who began working with him at home.

Jack started training in karate because his older brother was competing and Jack said it looked like fun.

Jonathan has placed at a national level every year since 2019. At this year’s National Championship, Jack and Jonathan both placed third in the nation in their sparring divisions. Then, Jack went on to win third in the world in his Kata division, so the family had a lot to celebrate, said mom Jessica Townsend.

“They thought it was funny that they won third place at the same competition,” she said.

In addition to Karate, Jack loves to play soccer and run. He took second place in the Alvin Turtle Race this year.

He is an active member of the Boy Scouts and recently canoed 50 miles down the Buffalo National River in Arkansas so that he could earn his 50-mile award as a member of Troop 487.

He also loves to draw and play video games with his friends.