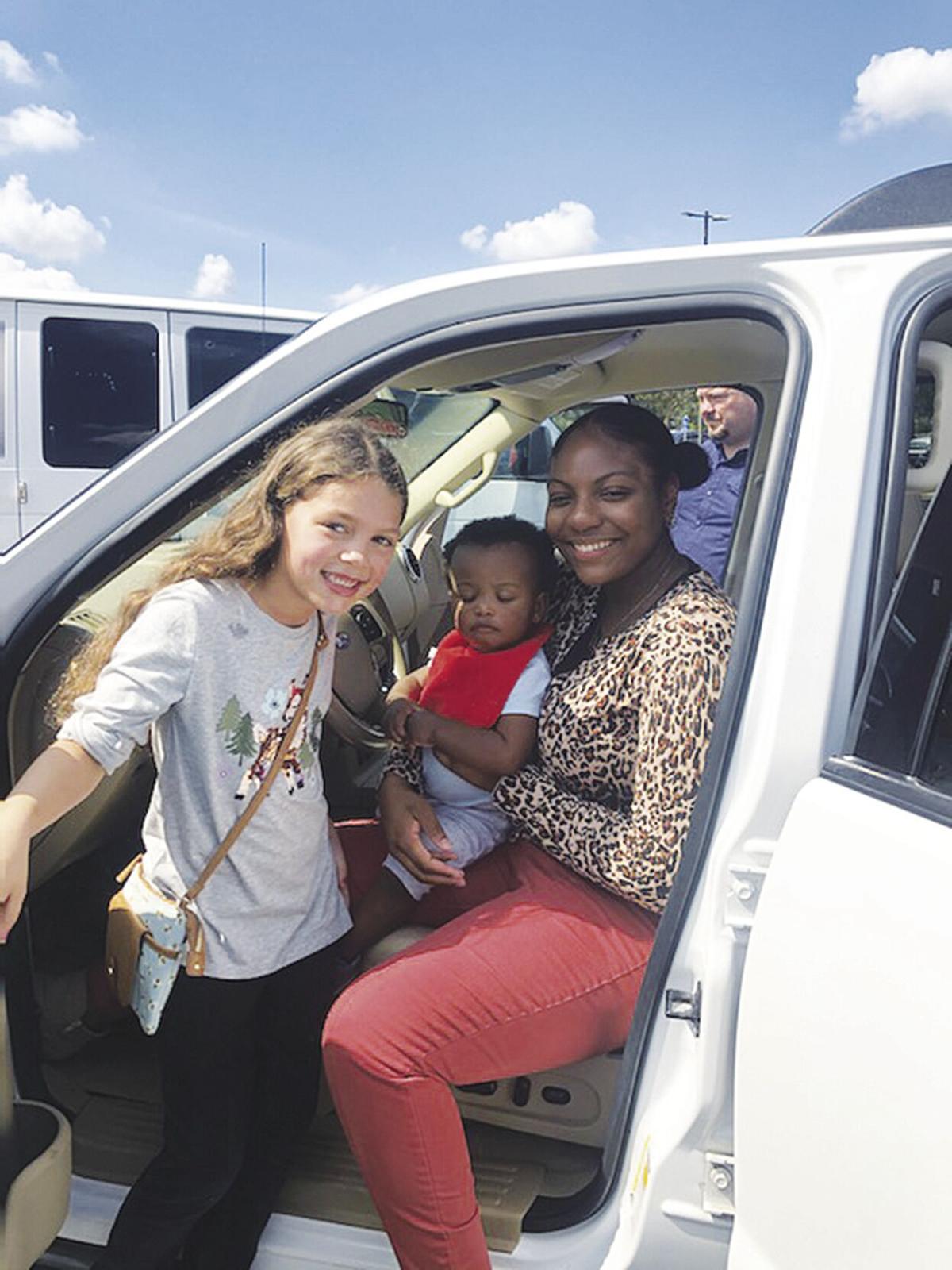 Determined to help a woman who needed a car, seven-year-old Jaclynn Cole, sold dozens of cupcakes to raise the money. Ty Thomas and her son, Braxton, are shown seated in their new car. 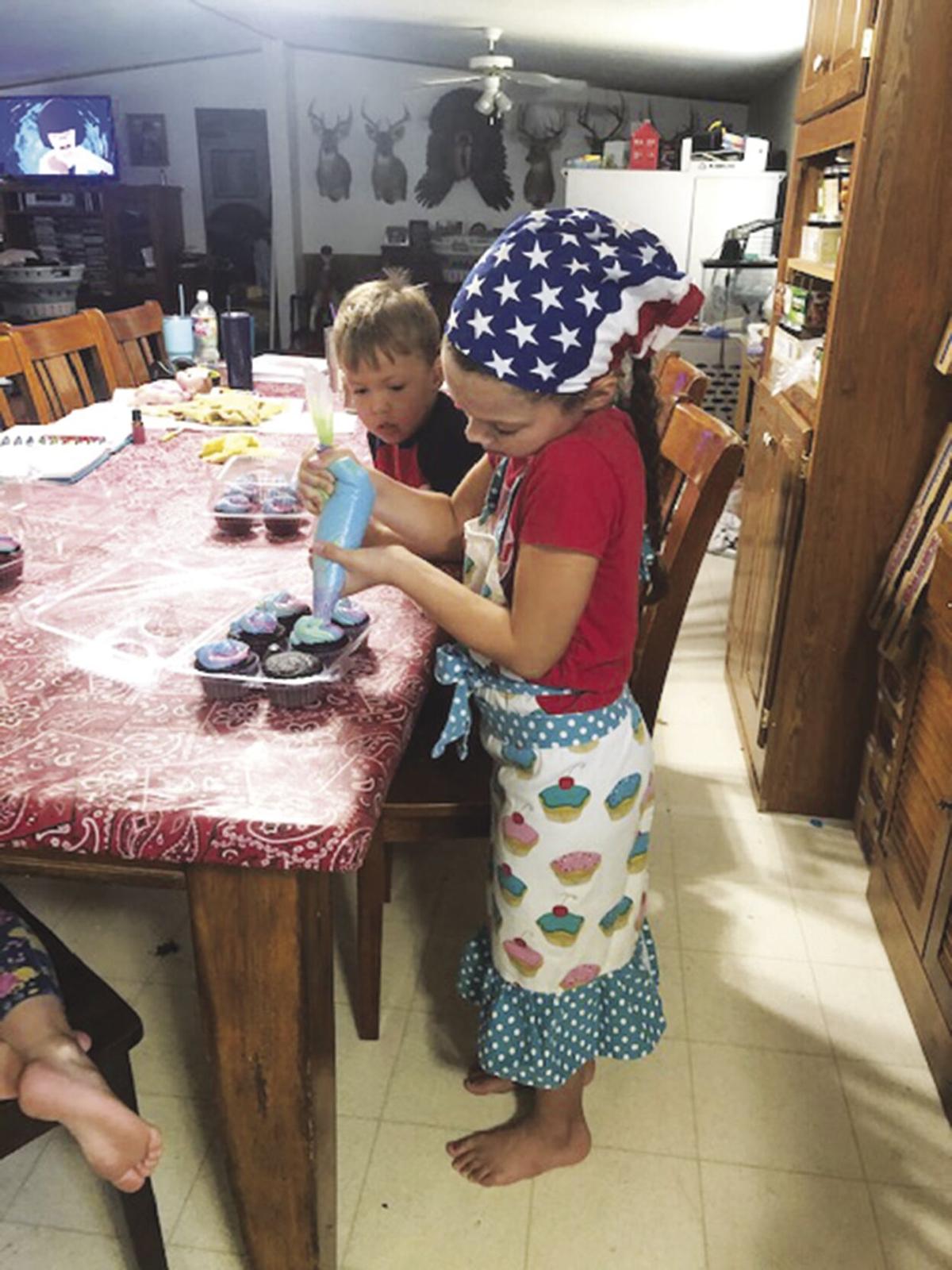 A younger brother looks on as Jaclynn Cole decorates some of the hundreds of cupcakes she made to raise money for a car for a woman in her church. 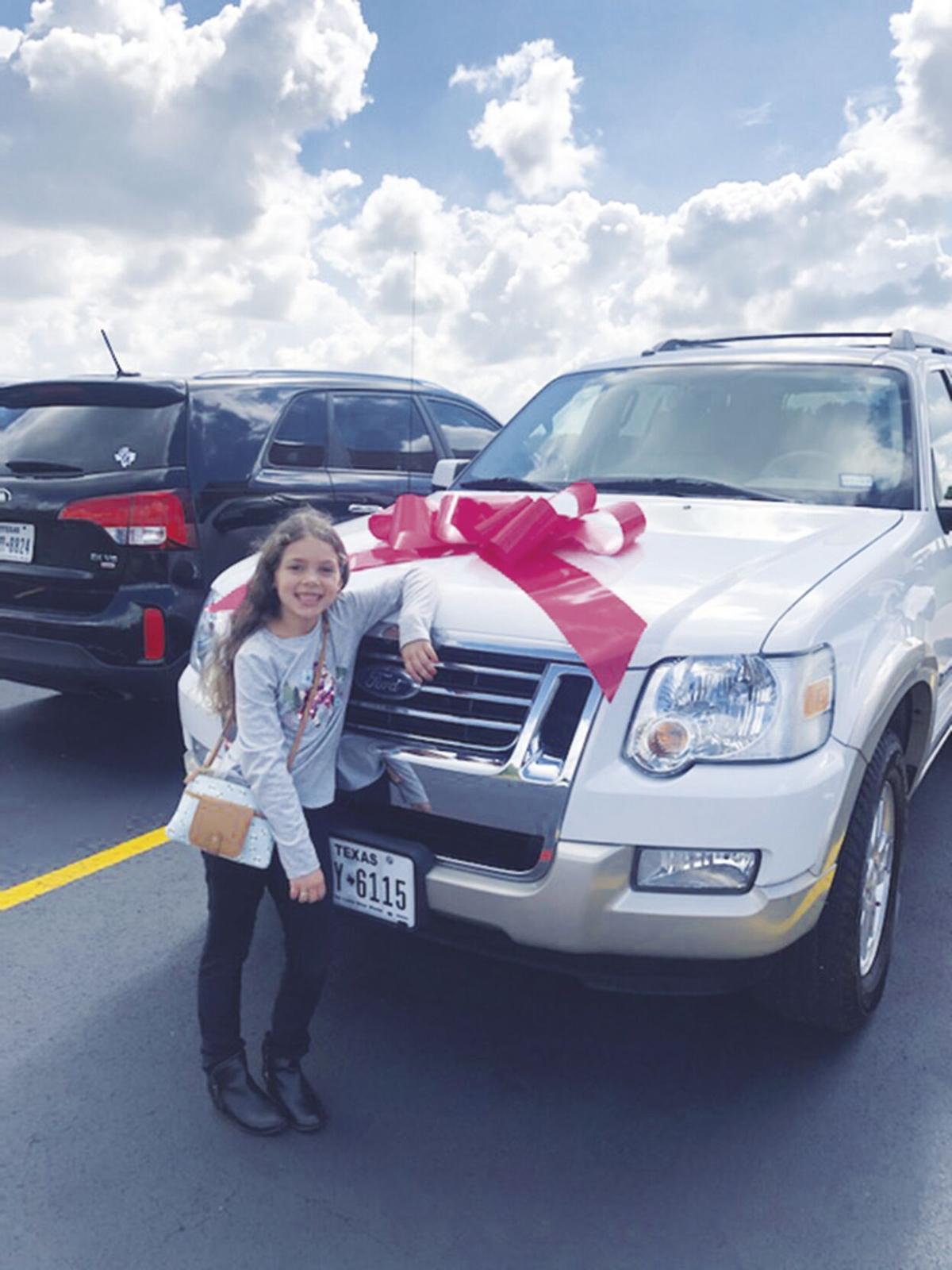 After raising more than $8,000 selling dozens of cupcakes, Jaclynn Cole, had enough to buy this car for a needy woman.

Determined to help a woman who needed a car, seven-year-old Jaclynn Cole, sold dozens of cupcakes to raise the money. Ty Thomas and her son, Braxton, are shown seated in their new car.

A younger brother looks on as Jaclynn Cole decorates some of the hundreds of cupcakes she made to raise money for a car for a woman in her church.

After raising more than $8,000 selling dozens of cupcakes, Jaclynn Cole, had enough to buy this car for a needy woman.

No matter your age, when you are determined to accomplish a goal, you can do it.

Case is point, Jaclynn Cole, a seven-year old girl who learned about a woman in need, and found a way to meet that need.

Jaclynn learned that a single mother, whom she adored, was in need of a car and decided to raise the money to buy her one.

The woman, Ty Thomas, worked, took classes in night school and faithfully attended services at the church where Jaclyn and her family are also members.

When Jaclynn learned that Ty was relying on others to get to work, school, daycare and home every day, as well as to church on Sundays, she decided to do something about it. “”Mom, we have to get her a car!” she said. She even created a plan to achieve her goal.

“I am going to make cupcakes, sell them, and buy her a car,” Jaclynn said.

Her mother recorded a video of her daughter sharing her plan to help the mom in need. She posted it on social media and soon not only orders were coming in, but monetary donations a well.

Jaclynn needed a location for people to pick up their cupcakes as well as a place to sell even more. The 1820 Coffee House, an Alvin business, agreed to help and Jaclynn was ready to attack the project.

The weekend of Sept. 11, Jaclynn, her mom and dad, siblings and sister-in-law baked and frosted 44 dozen cupcakes.

During the cooling process, Mom Amber lifted a dishtowel off some of the cupcakes and noticed that 18 of the unfrosted cupcakes were missing their tops.Jaclynn’s three-year-old brother walked by, and when his mother asked if he had eaten the tops, he admitted he had done it. “At least he was honest,” laughed Amber.

Incredibly, Jaclynn was able to raise $8,020 selling 51 dozen cupcakes, in about a month. But, now the search was on for a reliable car. Another person generously donated a $500 gas gift card. With the help of Otto’s World, they looked at cars, but didn’t find exactly what they were looking for.

Otto’s World, the company which had initially tried to help find a vehicle, agreed to give the vehicle a complete inspection and even provided a one year warranty.

When Jaclynn and her parents met with her great-grandfather, she was told that since this was her project, she should inspect it by walking around the Explorer, checking the tires, and making sure there was plenty of room for a car seat for one-year-old Braxton.

She then turned to her mother and asked if she had brought the money they had raised.

When Amber said she had not, Jaclynn made a handshake deal with her great-grandfather, agreeing to pay him the following Monday.

Once the vehicle was paid for, there was money left over and most was used for tax, title and license, but since Braxton had just turned a year old, he needed a bigger car seat.

Jaclynn picked out one that was just his size. A friend reimbursed her for it, wanting to be a part of the gift.

This project involved more than an amazing child helping someone in need.

“She learned that when we are obedient to what God’s asking us to do, He will bless our efforts,” said her mom.

Thanking God for her child who cared about another person and did so much to help her. Amber Cole put together her thoughts about what Jaclynn learned from the experience.

“She learned Perseverance: This baking business is exhausting. Sometimes, you just want to throw in the towel because your tired or your hands hurt. We learned that it’s necessary to put aside our discomfort to get the job done.

"Humility-sometimes the job is too big, and we need help. It’s good to ask for help, but we must be gracious and not bossy to those who share our workload.

"Confidence-speaking to adults can be intimidating. She learned to speak loudly and with confidence.

"Generosity-when we are able, it is such a blessing to others when we give more than is asked of us.

"Faith-She believed she could raise enough money for a car and she believed God would provide that car.

"Gratitude-to be thankful to others for their generosity and thankful to God for his provision.

"Joy-there is great joy in serving others. She has rejoiced over every single purchase and donation. Not for herself, but because she knows what an impact it will have on this mom."

All proof that a small child can handle a big job with God’s help.