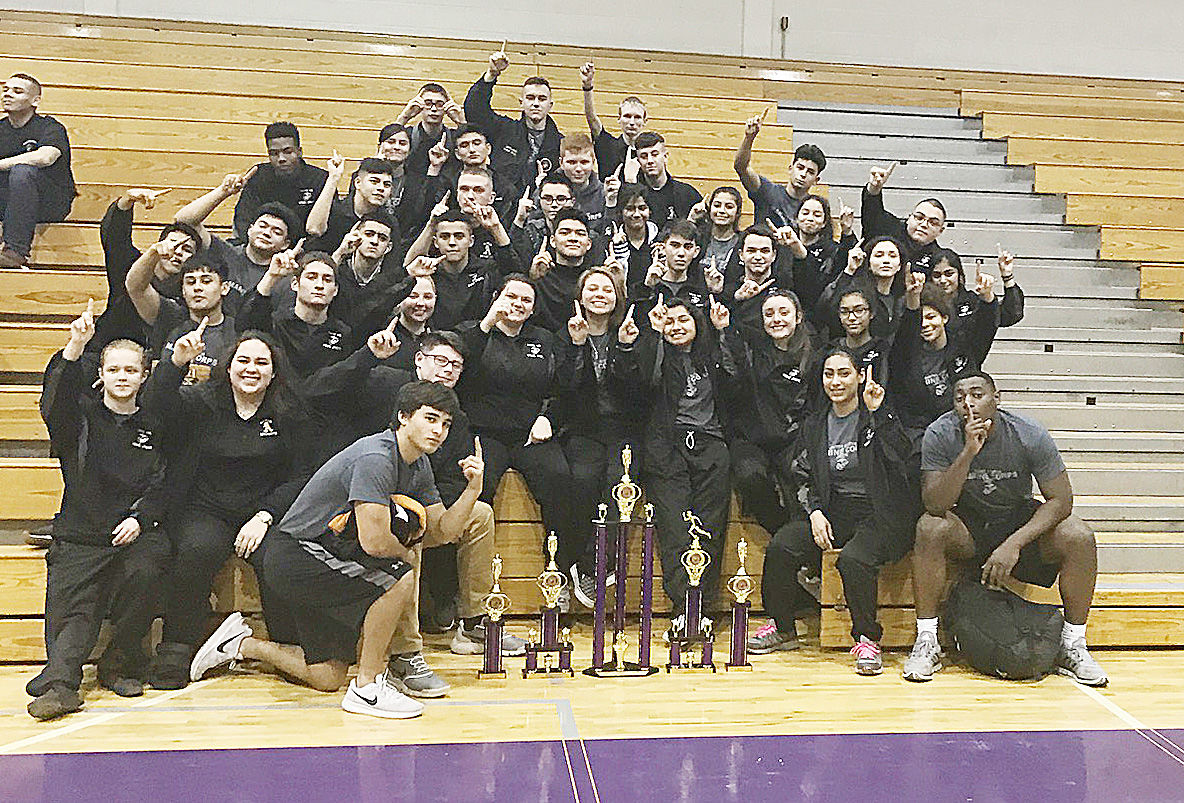 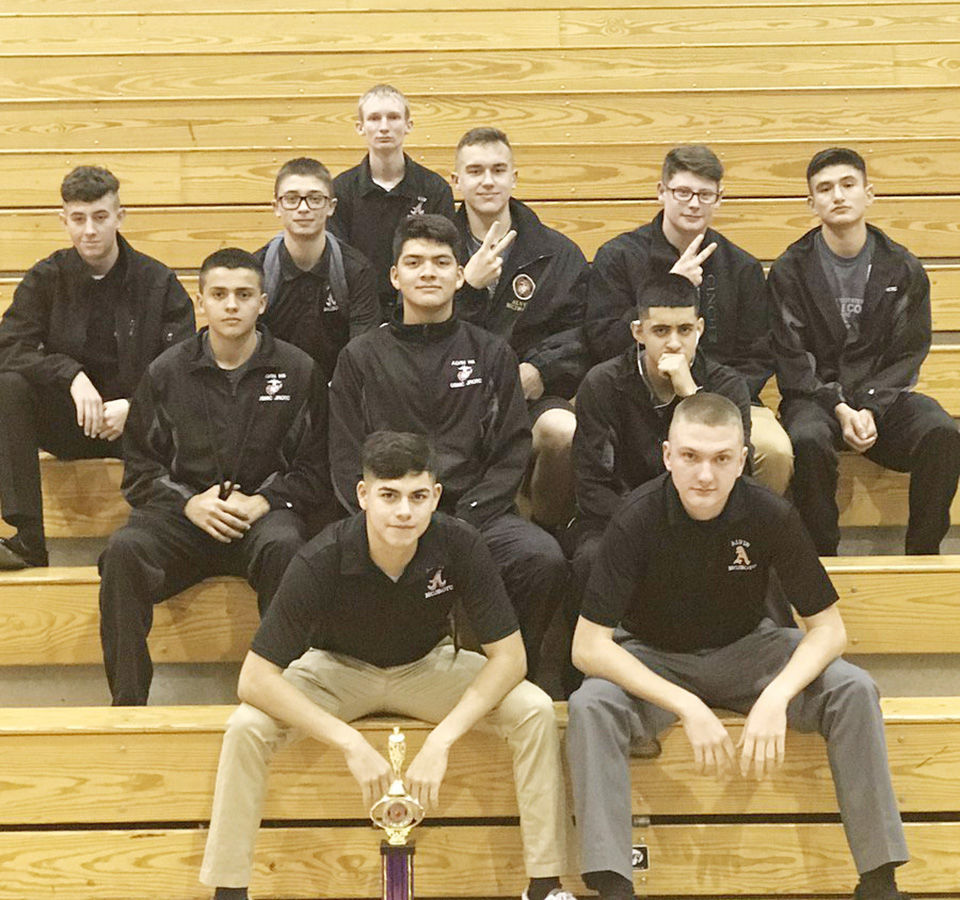 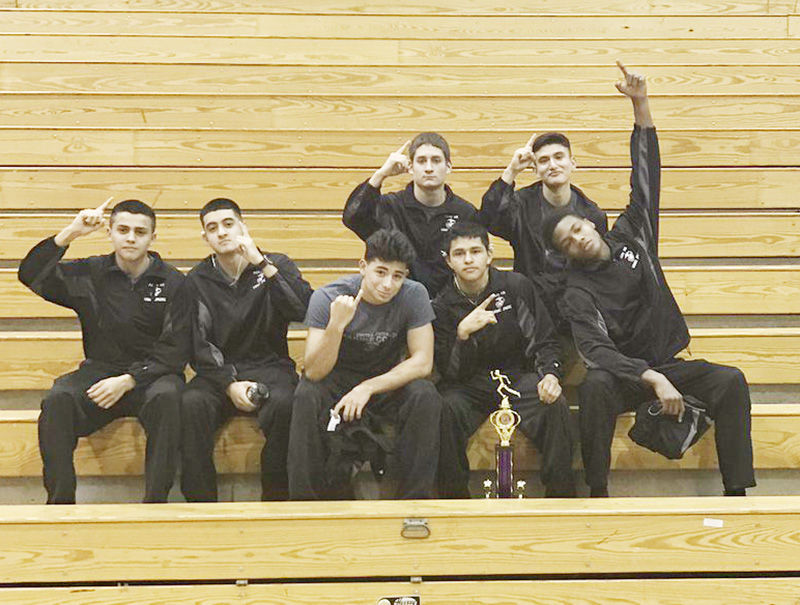 The Alvin ISD JROTC boys physical fitness team earned a first place trophy at a competition in Dayton. The team is eyeing a return trip to nationals after finishing second last year. 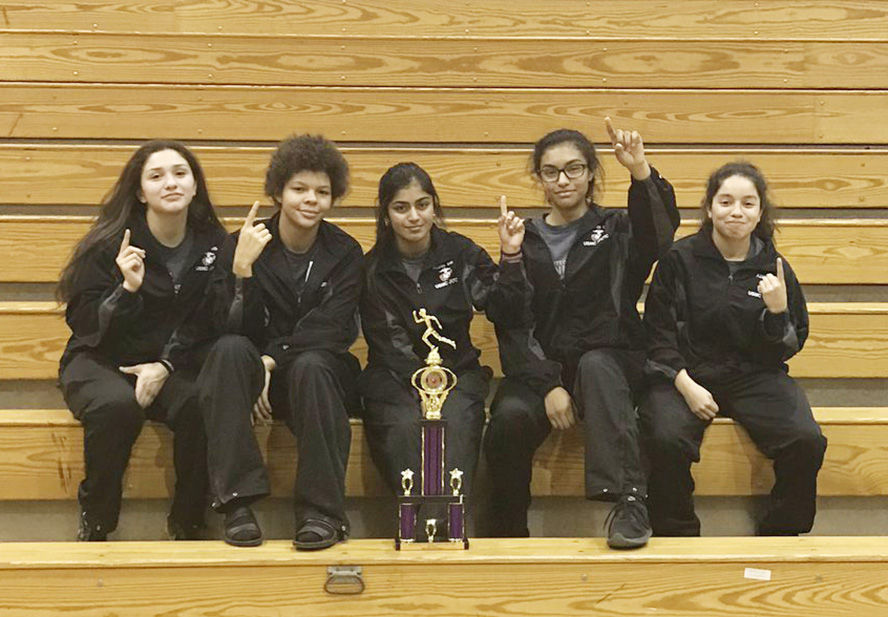 The Alvin ISD JROTC boys physical fitness team earned a first place trophy at a competition in Dayton. The team is eyeing a return trip to nationals after finishing second last year.

Over the last few years, the Marine Corps JROTC program at Alvin ISD has been building quite the program.

The goal of the program is simple — to prepare students to be successful in life and contribute to the community. While many will choose to serve in the military, that is not the ultimate goal, according to 1st Sgt. Stephen Garcia.

Garcia, a retired Marine, became one of the leaders of the JROTC program five years ago. Two years ago, Major Timothy Flynn, also a retired Marine, also came on board. In the five years Garcia has worked with the students, interest in JROTC has grown. In Garcia’s first year, just over 110 students participated. This year, there are 170.

“Our program is about citizenship and making them outstanding members of the community,” Garcia said. “Our goal is to make sure when they graduate, they have a plan.”

As part of reaching that goal, JROTC offers students the opportunity to participate in competitive programs. The competitions range from physical fitness to color guard, with everything geared toward military exercises and drills. In all, students can compete in 13 categories.

Last year, the renewed interest and dedication by students began to pay off in the competition arena as the girls and boys physical fitness teams from Alvin ISD won at the state level and advanced to the national competition in California. Competing against the best JROTC programs in the nation, the boys placed second while the girls were fourth.

That level of excellence is continuing this year. Two weeks ago, the JROTC program competed in its second competition of the year at Dayton High School and for the first time, came home with the overall first place trophy.

To reach that point required excellence from all the teams. Both physical fitness teams took first place, mixed tug of war placed second, armed inspection was second and unarmed exhibition was third.

And that work leads to continued success. In 2017, the team set the standard. But almost every member of that team graduated, leading to almost a whole new group representing Alvin ISD this year. But the hard work has kept the team at the top of the crowd.

“Last year, the kids went to nationals for the first time,” Flynn said. “That was really special and it was special for me. The girls’ and boys’ PT teams are dedicated. We have to kick them out.”

Sarah Calderon is the platoon leader for the girls’ PT team. When she graduates this year, she plans to join the Marines. Last year, she participated in nationals and hopes to get back this year.

Calderon said seeing the level of competition at the highest level showed her how much work would be needed to compete in nationals again. And this year, she is in charge of her Alvin ISD team.

“It’s different because I have to be in charge of all of us,” she said. “We all do after-school work, Christmas break, Spring break. It’s fun. I enjoy it.”

During the most recent competition, the girls competed in pull ups, crunches and the mile run. Other elements such us sit ups and other things are added at other competitions.

While most of the leaders in JROTC are upperclassmen, there is one exception. As only a sophomore, Gregory Moreno is the platoon leader for the boys’ PT team. Last year, he was on the team that went to nationals as a freshman. He said that was a challenge at such a young age.

“It was kind of scary because all the pressure was on me,” Moreno said. “We all have to take charge of the team.”

As the team leader this year, he said he is lucky because the boys are motivated to build a tradition of excellence.

After winning another trophy, Moreno said the key was being willing to put in the work.

“I don’t think people in other schools do the work we do,” he said.

Michael Torres competes in two competitions for JROTC, physical fitness and armed drill. In armed drill, the teams march with rifles, doing drills along the way.

“The drill is hard,” he said. “It’s pretty stressful.”

Senior Amy Jackowski competes in color guard, but she also serves as the commanding officer of the entire program. She said she enjoys it because of the discipline.

While Jackowski does not plan to join the military, she said being in JROTC has been important to her. As the commanding officer this year, she said her goal is to see the program benefit all those who have joined.

“I want to see all of them pass, all the seniors graduate and by the end of the year for the lower classmen to be able to do the drills,” she said.

Ultimately that is the goal of the JROTC programs. Winning competitions is validation, but Garcia said the real goal is preparing students to contribute to society. To do that, Garcia and Flynn pay close attention to the JROTC members. If they are struggling in a different class, all it takes is a call from that teacher and Garcia will likely be sitting next to the student the following day. And while teaching drills, citizenship is the key.

During Hurricane Harvey, members of the program got together and went out to help others. In that group were students who lost their homes but found a way to pitch in for others who were struggling.

“The kids like it,” Garcia said. “It’s a different group. We go from special ed kids all the way up to a kid who is seventh in his class.

"I’m very proud of our kids. Our No. 1 goal is to make sure they have a plan when they graduate.”