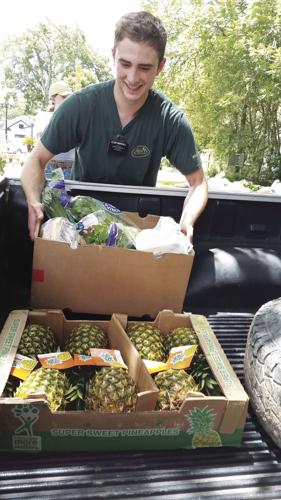 Elder Marshalll, a volunteer with Church of Jesus Christ of the Latter-day Saints loads boxes of food into a truck during a Thursday distribution day. 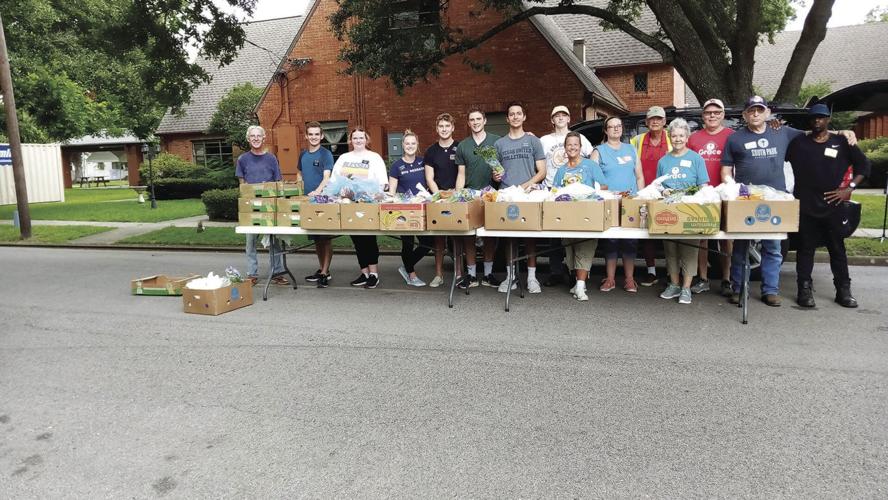 This volunteer group handed out food to the needy last Thursday. They hold the food distribution each Thursday.

Elder Marshalll, a volunteer with Church of Jesus Christ of the Latter-day Saints loads boxes of food into a truck during a Thursday distribution day.

This volunteer group handed out food to the needy last Thursday. They hold the food distribution each Thursday.

The need for food to get through hard times is made easier thanks to the combined efforts of church groups in Alvin, and there are still plenty of people who need extra food for their families.

Thanks to a program of church groups, people are able to not only drive through and pick up fresh vegetables, but also have it put into their vehicles by volunteers.

There is also a great need for volunteers to deliver food to homebound folks that are not able to leave their homes. These volunteers are only needed 15 to 20 minutes to pick up the food and deliver it to two or three residents who are homebound. There are between 40-65 homebound people asking that food be brought to their homes each week.

Those who are able to drive through the street on the side of Grace Episcopal Church can pick up a variety of fresh vegetables, fruits and breads.

The Mobile Food Pantry has offered this mission for almost two years, with the help of the Episcopal Church as well as other churches, such as Church of Jesus Christ of the Latter-day Saints and First Baptist Church of Alvin.

Each Thursday morning, an 18-wheeler truck pulls into the parking lot, with an estimated 11,000 pounds of food inside. This year alone, after 26 distribution days, the group has provided about 250,000 pounds of food, making life easier for those in need. As soon as the truck arrives, volunteers begin separating items into boxes so that each box has a variety of foods.

Then, as people drive down the street, they are asked a minimum amount of information, such as the family name and number of members in that family.

They pull up where volunteers place boxes in their vehicles, ready to be taken home and used. The food distribution volunteers serve an estimated 200 families each week.

Anyone interested in helping deliver food to homebound residents can call Grace at 281-331-5657.