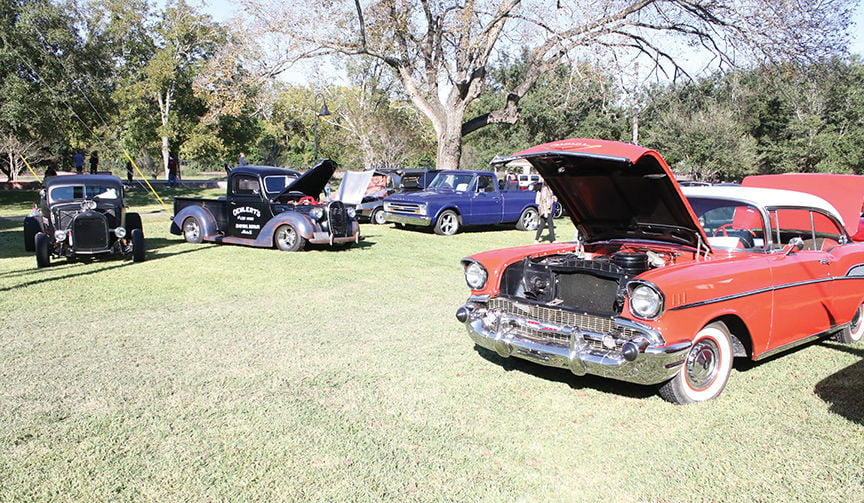 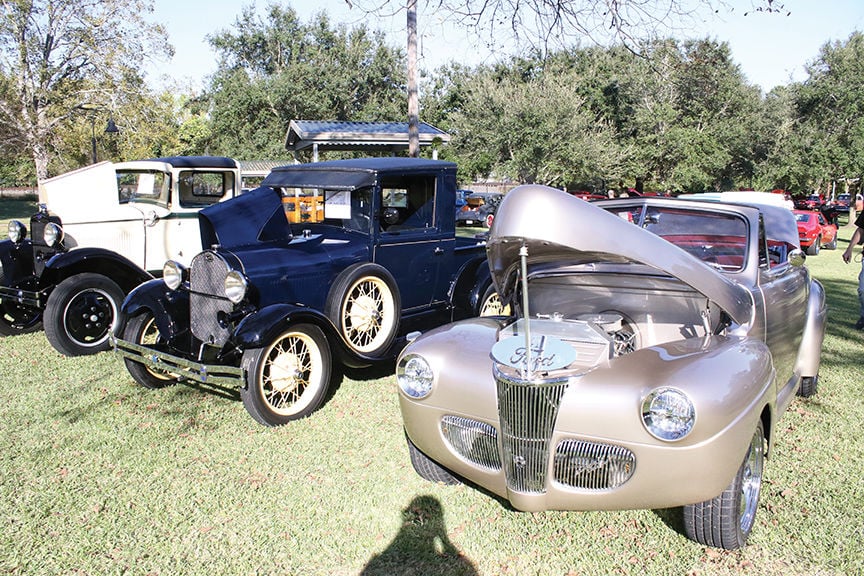 Rob Keslar (right) speaks with fellow Novemberfest Car Show contestant Kevin Quick (unseen behind car) next to Keslar’s 1981 DeLorean. Production of the DeLorean had already ceased before the 1985 release of the first of film of the Back to the Future trilogy that made it popular. Only 9,000 DeLoreans were produced, of which an estimated 6,000 survive. Keslar’s car won a trophy for being Alvin Mayor Paul Horn’s personal favorite entry in the car show. (Photo by Joshua Truksa)