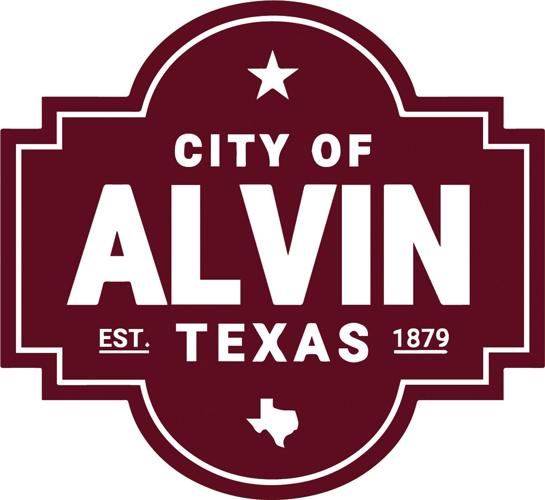 The majority of the Alvin City Council voted that the above art would now be the official logo, and that it be placed on all city property. It will be phased in, rather than a blanket change be made. 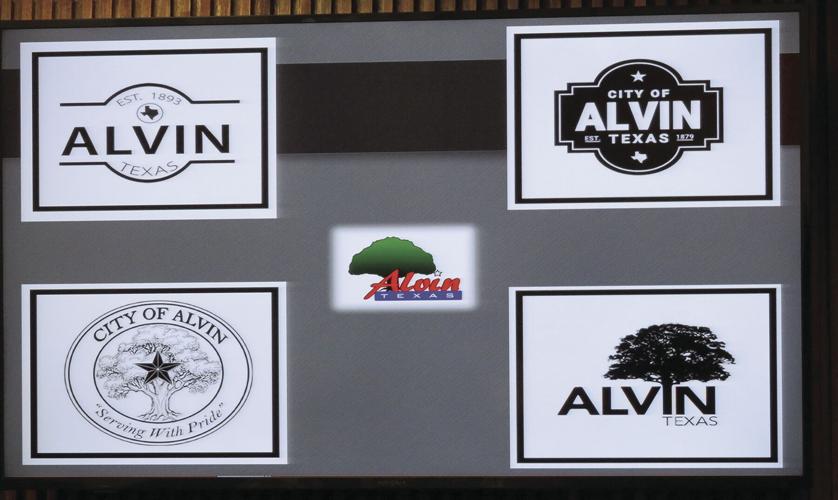 The designs in all four corners, and the current logo in the center of the above photo were finalists the Alvin City Council had to choose from when they decided to change the city’s logo, shown in the center. The one in the upper right was selected.

The majority of the Alvin City Council voted that the above art would now be the official logo, and that it be placed on all city property. It will be phased in, rather than a blanket change be made.

The designs in all four corners, and the current logo in the center of the above photo were finalists the Alvin City Council had to choose from when they decided to change the city’s logo, shown in the center. The one in the upper right was selected.

Alvin will soon see a “rebranding” after the council decided to replace the city logo with a new one.

The current logo, an oak tree, with “Alvin Texas” printed on it, will now be replaced by the one council selected from five final choices.

As part of the Strategic Plan adopted by the Council in 2021, the city staff was instructed to gather concepts from artists and submit them for consideration.

The new art will be crimson colored with “City of Alvin Texas” printed on it, as well as “1879” the year the city was established. It was designed by local graphic artist Caiden Anderson

In an early July meeting, Councilmember Richard Garivey made a motion to make the change to the City’s logo, and it was seconded by Councilmember Keko Moore.

Councilmembers, Glenn Starkey and Gabe Adame voting against the redesign, but the motion passed.

She reported to the council that five surveys were taken, and the final one showed that one logo stood out as a favorite.

However, along with the approval of logo changes, some citizens also questioned the need for a change.

Many of the comments relate to “keeping the city’s current logo in place,” was a comment in the July 7 council packet minutes.

According to the minutes, “The total price of the website redesign, logo/rebranding, and community engagement tool came in below the bidding threshold of $50,000 (a great value) and paid for by funds received and allocated through the American Rescue Plan Act (ARPA).”

Also in the minutes, “Staff began brainstorming sessions with the design team on the culture and history of the Alvin community.

The team focused on the historic train depot, the current logo design/branding used by the Alvin CVB (Convention and Visitors Bureau), and the possibility of creating a complementary concept to tie these together.

“The team also discussed the agricultural component of the community as well as the oak tree used in the current logo.”

Drafts of several black and white designs modified from the feedback given, according to Roberts.

Staff then presented the logo designs to the community through the online engagement tool, Civil Space, in the form of several community surveys.

A federal grant, entitled the “American Rescue Act Plan” (ARPA) provided the city with a total of $6.6 million, to be used for a variety of projects throughout the city, including “Upgrade to City Website & Rebranding” which allocated $50,000 for that portion of the grant.

Roberts estimates it will take approximately $6,000 of city funds to complete the project to replace logos with the new one, and will require that some things be updated, not limited to uniforms, vehicles, signs on city buildings, police badges, and other places throughout the city.

The updating from one logo to another will be a phased in transition and will not take place at one time, according to Roberts.

She also noted that not all items using the current logo “have” to be changed and reiterated that there will be minimal costs associated with replacing the old logo used across the City, which cannot be funded by ARPA funds.

The federal money, an economic stimulus bill passed by Congress and signed into law in 2021, provided a total of $1.9 trillion to be used in a variety of ways in different areas of the country.

A breakdown of categories listed in the grant for funding in Alvin include the renovation of the website as well as microfiber lines at city buildings.

Although Roberts could not say exactly how much of the $50,000 would be left after those expenses, she said there would be some money left, and felt that another $6,000 from the city’s budget should cover the cost of replacing the logo, anticipating that the process could take some time to complete.

Meanwhile, the older logo would be used until replaced by the new one.