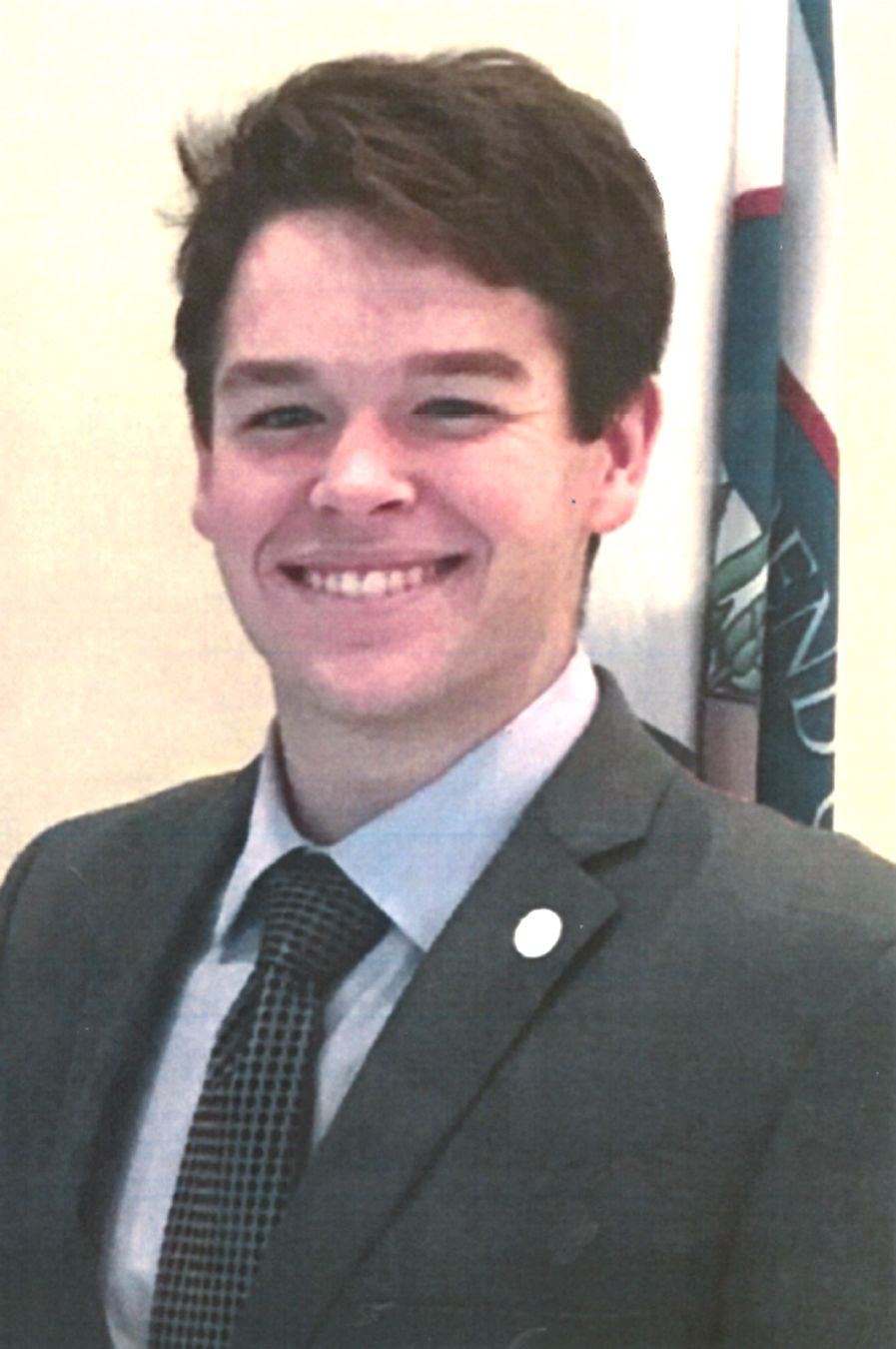 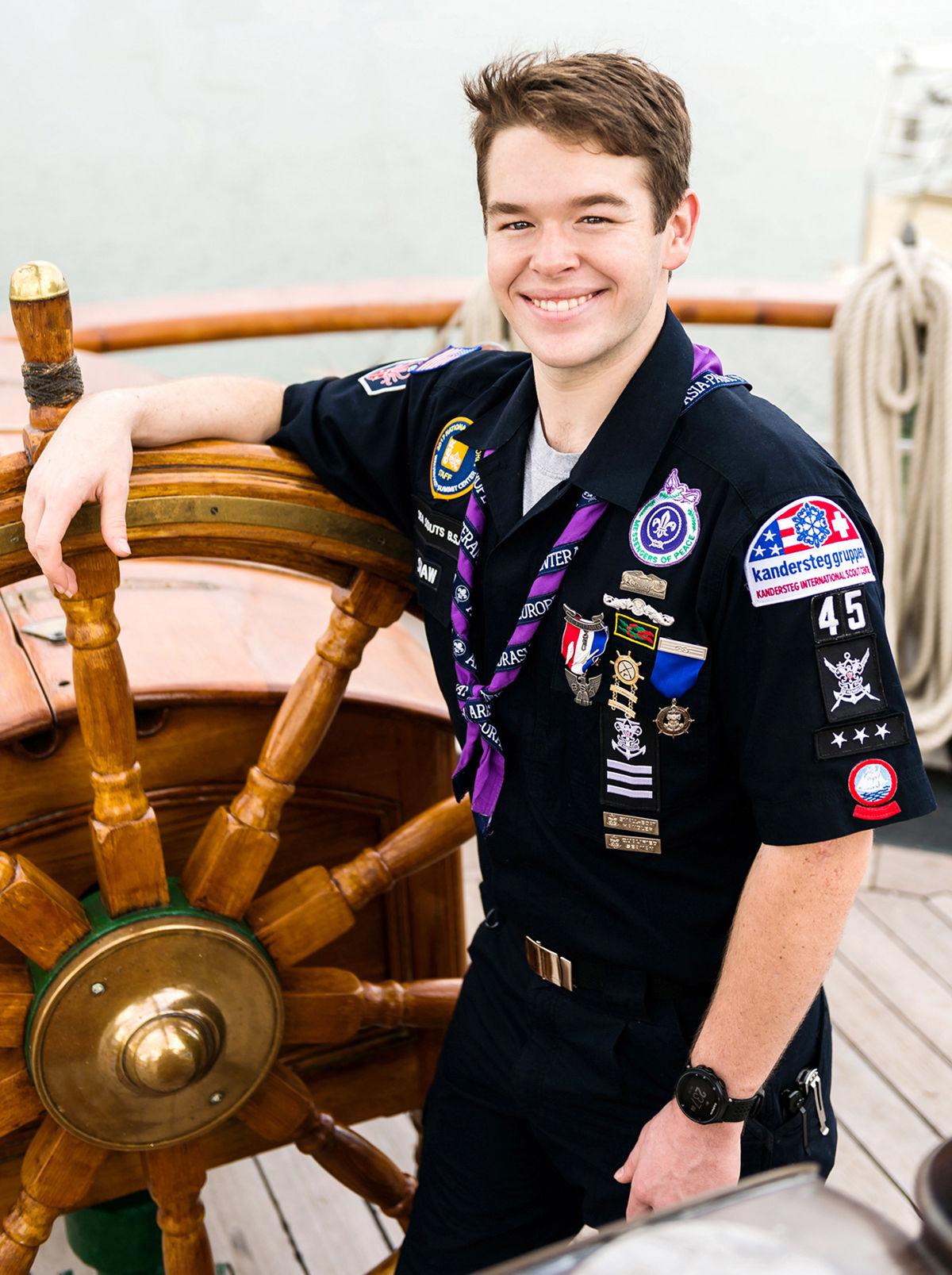 The last few months have been very good for Ryan Shaw.

The senior at Alvin High School achieved something few Boy Scouts ever do, getting the very rare double of become an Eagle Scout and a quartermaster at the same time.

Around 6 percent of Boy Scouts become Eagle Scouts, but becoming a quartermaster is even rarer. In the United States, only 32 Boy Scouts earned the rank in 2017.

But that was just the beginning.

Last week, Shaw received an even bigger honor when he received news that Congressman Pete Olson had appointed him to the U.S. Naval Academy. Shaw learned the news when he received a call from Olson, who played “Anchors Aweigh” for him.

Shaw’s dream of becoming a midshipman at the Naval Academy began in part because of his love for Boy Scouts. Shaw became a Scout in first grade. He went through Cub Scouts and became a Boy Scout in junior high. By the time he started high school, he had completed most of the steps required for an Eagle Scout, but another type of scouting drew his interest.

Shaw, who has lived in Alvin most of his life, joined a Sea Scout troop in Galveston because he wanted to spend time on the water. At Sea Scouts, members learn things like tying knots, line handling, sailing, navigation and racing.

And Shaw was a natural. In just over three years, he achieved the top rank in Sea Scouts last year. Around the same time, he went back to his Eagle Scout work, performing an Eagle Scout project to earn than rank.

“I’m proud of both of them,” he said. “I’m proud of the quartermaster because I did it in such a short amount of time. The Eagle, I’m proud of because it symbolizes the 12 years involved in Scouts.”

While Shaw’s time in Boy Scouts was about what he learned and accomplished — earning a stunning 68 merit badges — it was also about family. His dad, Robin Shaw, was with him almost every step of the way.

“It’s been awesome,” he said. “We event went two years and traveled around the United States. We lived in an RV with the three of us and a dog.”

Early in high school, Shaw made a big decision that has impacted the last two-plus years. He decided he wanted to serve in the military and wanted to do so by attending a service academy.

He looked at all three academies — Army, Navy and Air Force — but was always pulled back by the water.

“For one thing, they sail at the Naval Academy,” Shaw said.

And sailing is a perfect way to prepare for military life, he said.

“For my example, my first year when I went racing, I was the crew,” he explained. “The next year, I was sailing. I also taught my own crew how to race.”

And Shaw has already been accepted to the sailing team at the Naval Academy and might even lead his own boat as a freshman.

Once he decided he wanted to be accepted into the Naval Academy, the real work started. Shaw explained it’s a two-year process to even be considered.

“It’s been a very long process,” he said. “I started as a sophomore.”

That process is three-pronged. To be considered, applicants must qualify academically, physically and medically.

Shaw did everything in his power to meet the criteria. He is currently ranked fourth in the senior class at Alvin High School, has competed on the swimming and water polo teams and became a standout in Boy Scouts.

Even if those criteria are all met, applicants must also be appointed by either their congressman or U.S. senator.

“I got a nomination from Ted Cruz and Pete Olson,” Shaw said. “They all have a little different criteria.”

With Olson, Shaw interviewed in front of a board that included the congressman and several alumni of service academies. Despite feeling good about the process, Shaw did not know for sure what would happen until he received the call from Olson.

Every year, 15,000 students apply for service academies and only 7 percent actually receive nominations. Shaw said he is excited and ready to go. While his summer will be cut short — classes for freshman begin June 26 — he is ready. For now, he has a few more things to take care of.

“I have to keep my grades up, not get into trouble and not get hurt,” he said. “Not getting hurt is the most important one.”

At the Naval Academy, the education is valued at $475,000 and students are also given a small monetary stipend while there. At the end, they graduate with two degrees and must serve a minimum of five years in the Navy to repay the government for the education. Shaw said he hopes to make the Navy a career.

Shaw is planning to major in mechanical engineering or ocean engineering. And through it all, he plans to keep sailing.

“That will be really fun,” he said. “It’s going to be a lot of fun. Those ships are beautiful.”

As he prepares to graduate and move to Annapolis, Maryland, Shaw said he is happy, relieved and grateful for his time in Alvin.

“It’s been awesome,” he said. “I’ve gotten help from so many people. All the people who have helped are a lot of the reason I got here.”