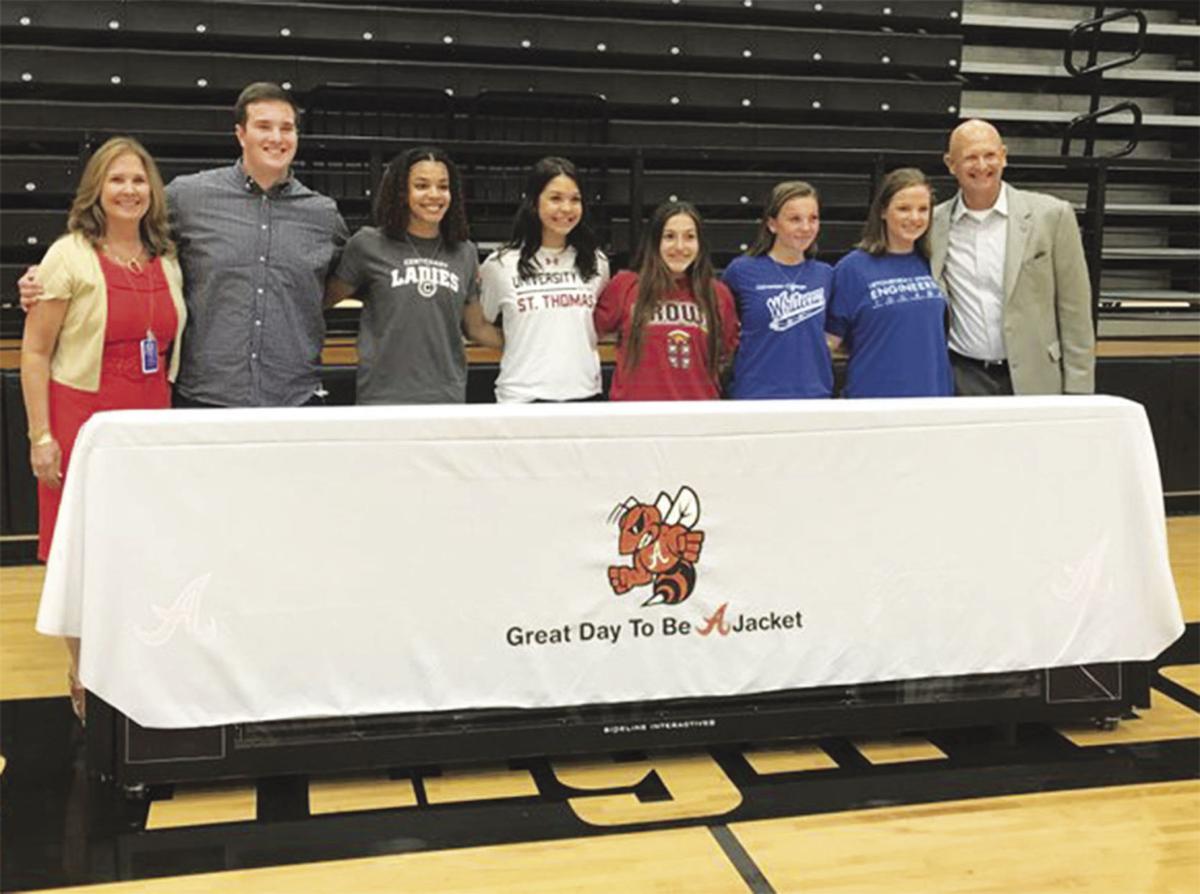 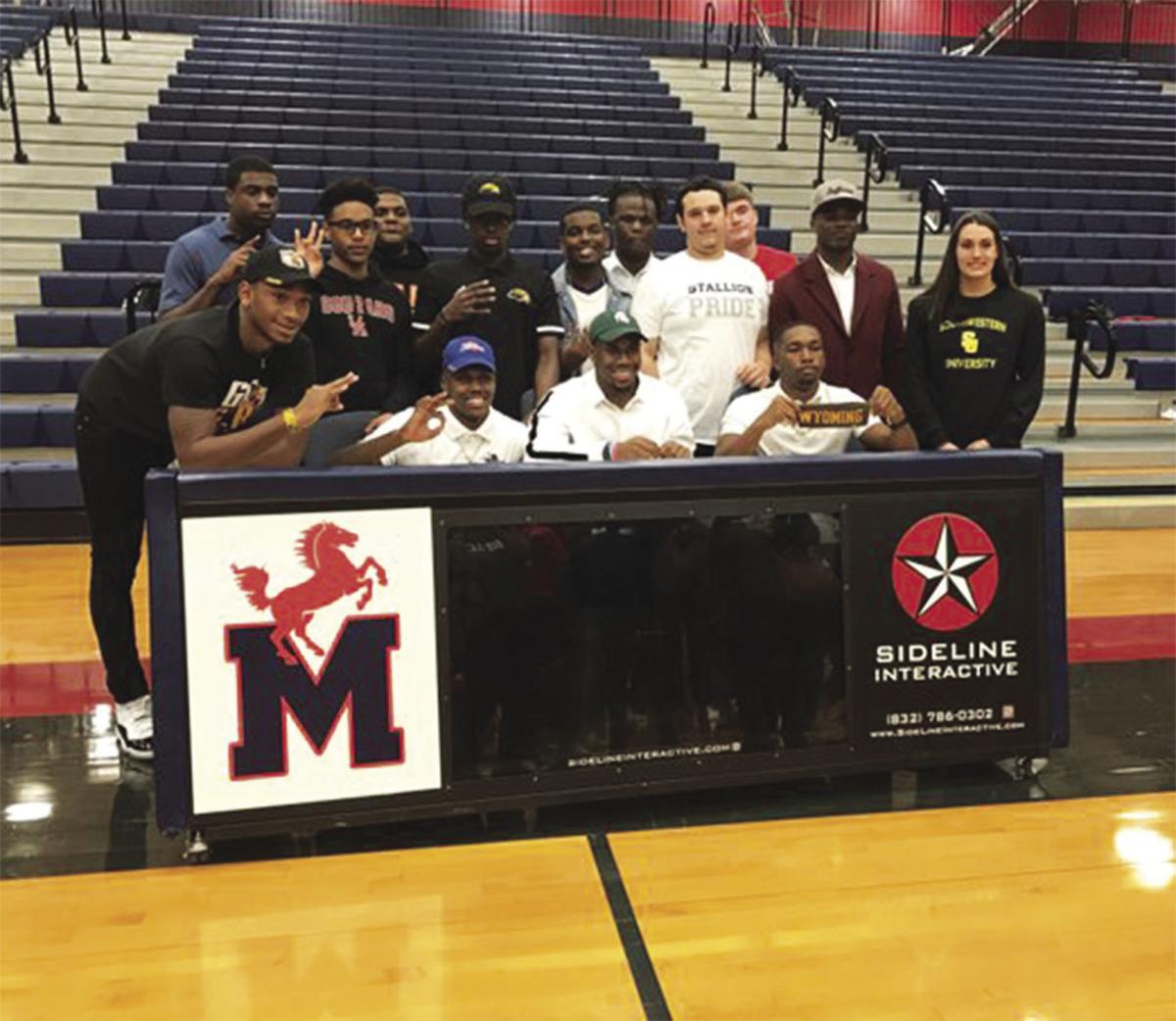 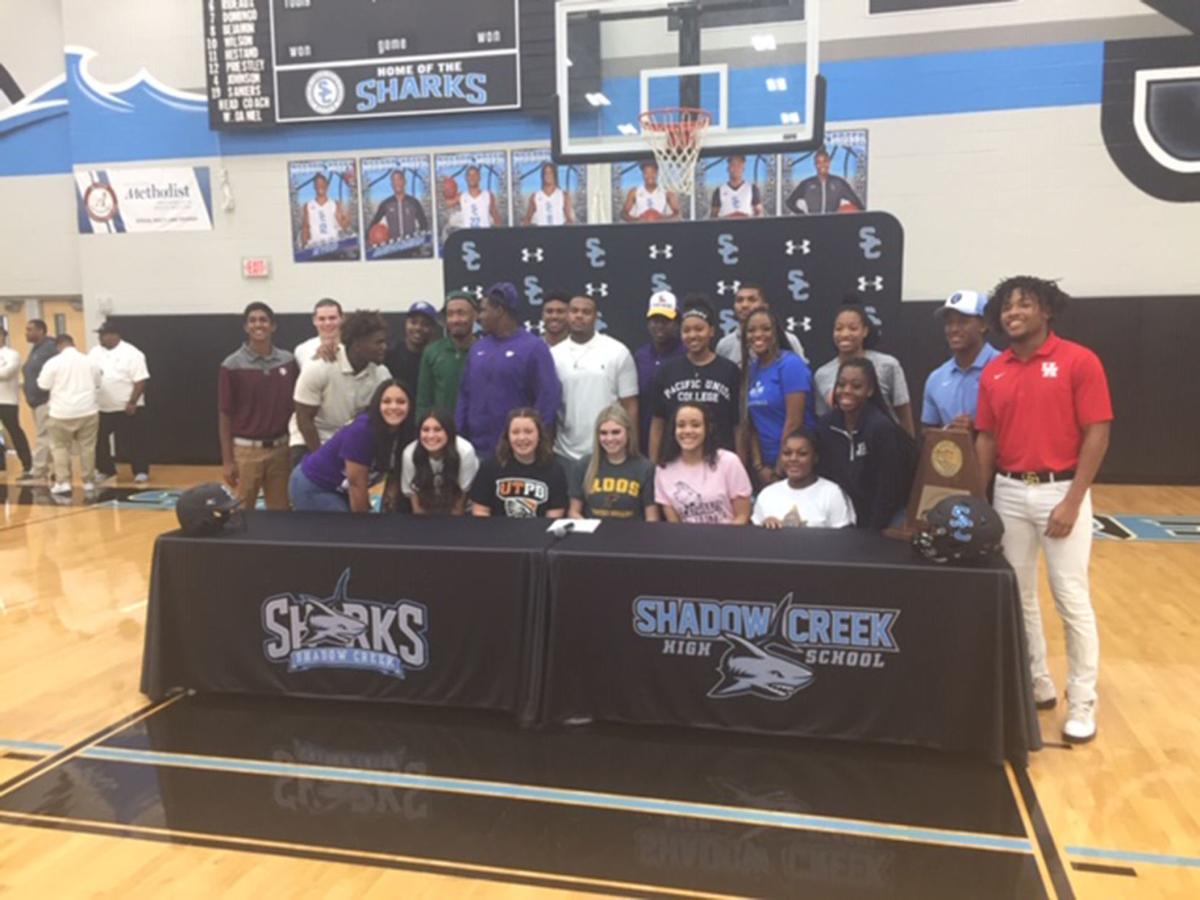 Alvin High School had six student-athletes inked their collegiate letters on intent for the National Signing Day period on Feb. 10 at the AHS Competition Gym.

The signings give AISD of total of 45 student-athletes, who will taking their athletic talents to the next level. Manvel and Shadow Creek completed their signing ceremonies at their respective high campuses on Feb. 5.

Shadow Creek led the way with 24 signees, while 15 inked the dotted the line for the Manvel Mavericks. Alvin’s signing day took place on Feb. 10 after the Advertiser went to press.

The Sharks’ list included 12 individuals from the state champion football team, while the Mavs had 13 players, who will be taking their gridiron talents to the next level.

The signees for Manvel and Shadow Creek are listed as follows: