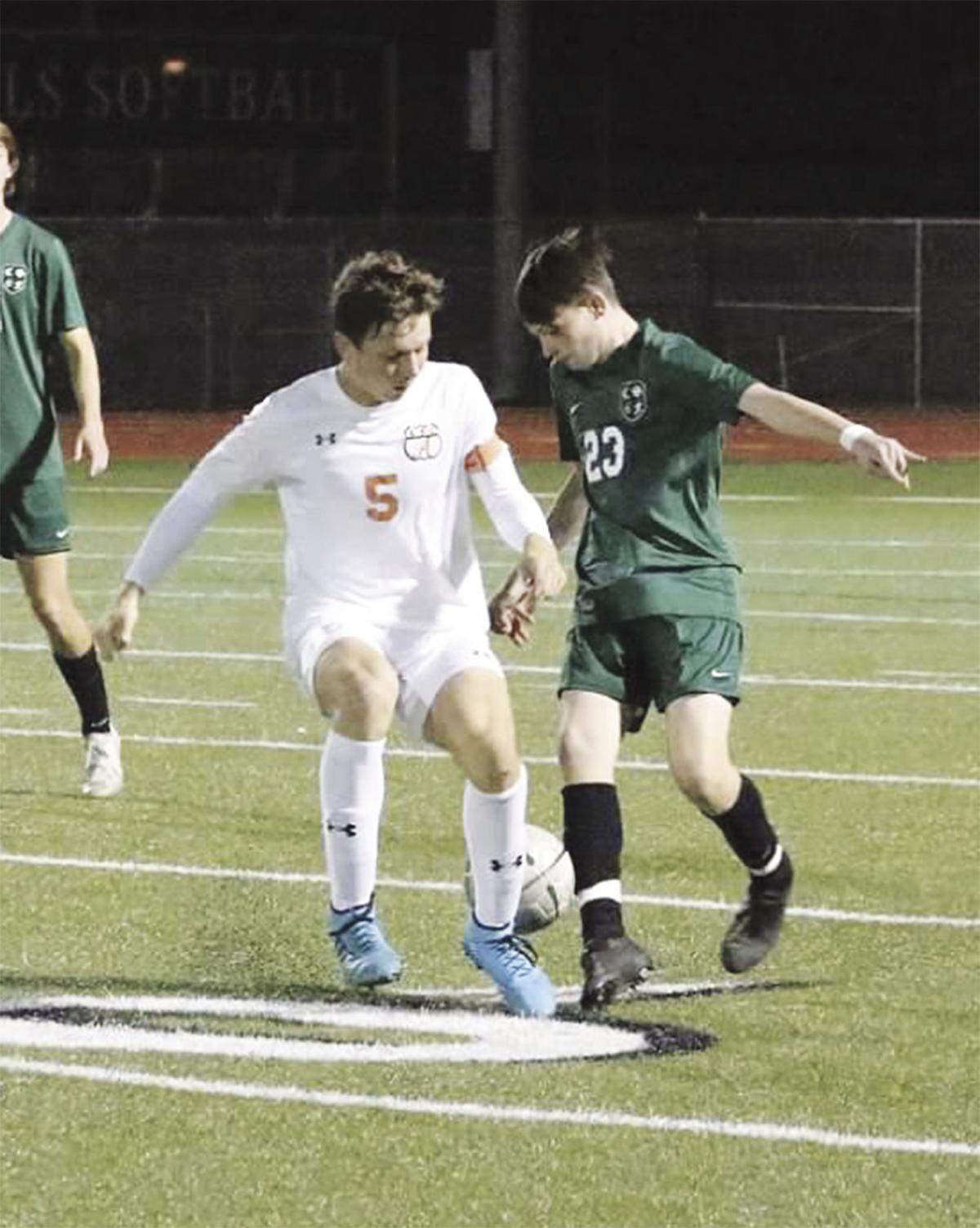 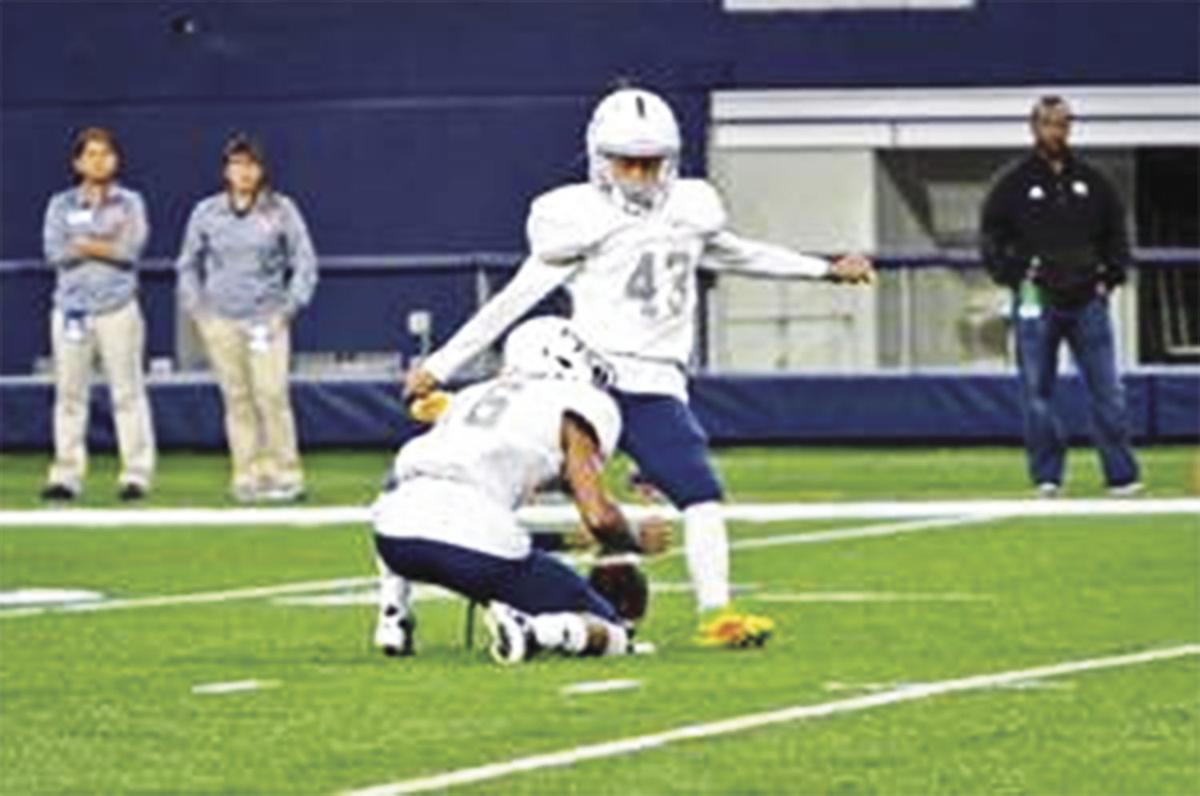 The three varsity boys’ soccer programs from Alvin ISD landed a combined 28 players on their respective all-district 24-5A and 24-6A squads.

Shadow Creek’s Justin Heller was named the coach of the year in 24-5A, while Shark Bryant Castillo earned defensive player of the year accolades in 24-5A, as well.

Senior forward Dylan McCoy and sophomore midfielder Emanuel Delapaz were both named to the 24-6A first team for the Alvin Yellowjackets.

Manvel and Shadow Creek both clinched playoff berths in 24-5A, while Alvin was still in postseason contention in the 24-6A standings, when play was halted due to Covid-19 last month.

The area coaches reflected on their seasons and their players affected by the unprecedented event.

Alvin’s Chris Stromeyer - Question: Talk about your season and what made it special?

Stromeyer: “A big highlight for us was taking our guys to the Klein Showcase. College coaches took time to talk to a couple of our guys and we also won a game. It was also special, because it was one of the most prestigious tournaments in the state.

“Some of our guys asked why we were going to a tournament that tough and one of them (keeper Adrian Alvarez) just happen to get a college visit out of that, he didn’t expect. But it was just like I was telling the guys before we went. It would be good for experience and exposure, so there was a method to my madness.”

Stromeyer: “Going through the flu and injuries really decimated us. We never had a full squad the whole season, but were going to during the last two games, which we had a good chance to win. If we had won those two games, we would have clinched a playoff berth. To not get that chance was very disappointing.”

“The seniors were especially disappointed, but we got a lot to look forward to with a new district (23-6A in 2021). Going to be a tough one, but the boys are excited, because the competition is going to be ranked. Elsik was ranked No. 1 in the state and Strake Jesuit was also a top 10 team, so pick your poison.

“We have a good shot to compete for playoffs. We get everybody back healthy and return eight of 11 starters from this year’s team.”

Manvel’s Noe Cerezo - Question: Talk about your season and what made it special?

Cerezo: “We had a great season. Seniors were a major factor in the success of this team. Luis Moreno brought to our success four years of varsity experience with Manvel and club as an offensive player.  Adrian Guerrero played for Manvel for three years, being a starter his junior and senior year. Great contribution to the team with consistency in his play.

“Christopher Sanchez and Jonatan Ramirez played two years in varsity and a newcomer, Julian Ortega. We ended up either second or third place in the district. We would not know for sure, because we still had two games left in district and SCHS had only one.”

Question: Talk about your seniors. This had to be hard on them. Cerezo: “This will be a year to remember, specially for those seniors, who were looking forward to the playoffs, senior day and their last game as officially seniors. I just hope that their memories at the field with their teammates, fans, families and coaches will fulfill their mishaps. I hope to see them next year for their alumni game, so they can play one more game at Manvel. Good luck to them.”

Shadow Creek’s Justin Heller: Talk about your season and what made it special?

Heller: “The class of 2020 boys’ soccer players were indeed a very special class. This is the first four-year graduating class at Shadow Creek and the first group of young men that I have had the true privilege and honor of coaching for their entire high school career. The quote, “it’s not the destination, but the journey” perfectly sums up this group of young men. Each of these young men began playing varsity soccer as freshmen and the results were a little better than expected, but still they learned some hard but valuable lessons.

“They learned from those lessons and grew to an unexpected fourth place finish in their sophomore campaign. Expectations were high going into their junior year and once again, they learned some hard lessons, missing the playoffs.

“I wish I could say that I was surprised by the resiliency and determination these 20 young men demonstrated to once again learn and grow, but, having witnessed it before, I was confident that this season would be brilliant.

“The preseason started off strong but we opened up district play with what would turn out to be the district champion, as well as third and fourth place teams (we finished second). We were extremely competitive in each, but came up short in each of them. It was not the start that anyone could have imagined and this group could have thrown in the towel. However, it was once again this group of seniors that rose to the occasion and improved their commitment to each other and to our defensive brand of soccer -  to the clean sheet (0 goals against in a match). They did this in seven of the last 12 games and won all of those, but one. It was a slow ascent to a second place finish, but one that I am supremely proud of in the 20 seniors and five juniors, that were 2020 varsity lettermen.

Heller: “Many of these seniors never got to make the run in the playoffs that they had worked so hard for four years to earn. While they were all disappointed, their time at Shadow Creek is about so much more than a handful of playoff games. Lasting friendships and brotherhoods were forged over late night matches and study groups, early morning practices and team dinners. Difficult yet valuable lessons, the kind that, whether many of them realize or not, have been cemented in the core of who they are as men. Each of these young men will not just be better for it, but the people around them will be as well. As I began, it has been a privilege and an honor to coach these young men, and while I am disappointed they missed an opportunity to test their mettle in the playoffs, I am much more excited to see what the future holds for them, because I have no doubt that, as Sharks, they will rise to the top of the food chain in whatever path they choose in life.”