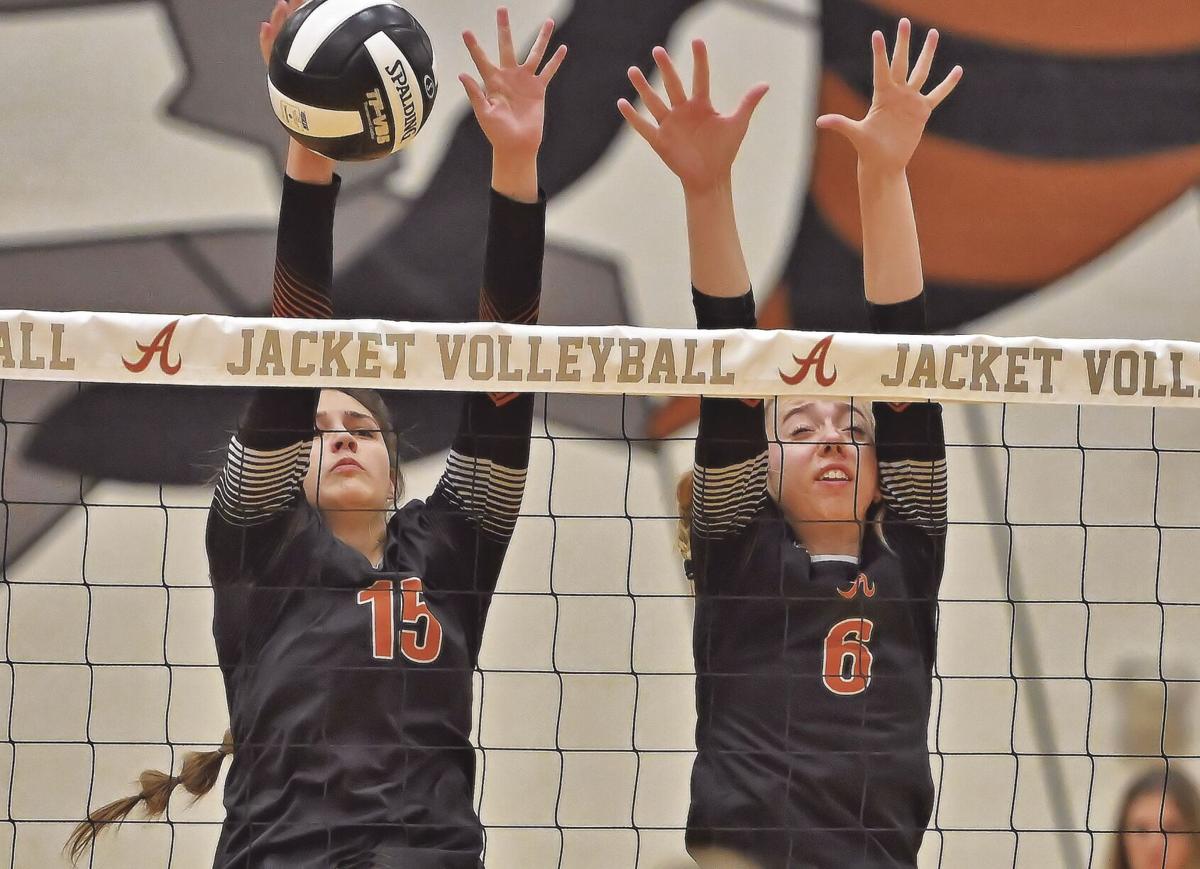 Senior outside hitter/middle blocker Addison Hansen (15) stuffs a shot at the net during Tuesday's non-district volleyball match in Alvin with teammate Mackenzie Strban also reaching for the ball. Alvin swept Clear Brook in straight sets for their fourth straight win. 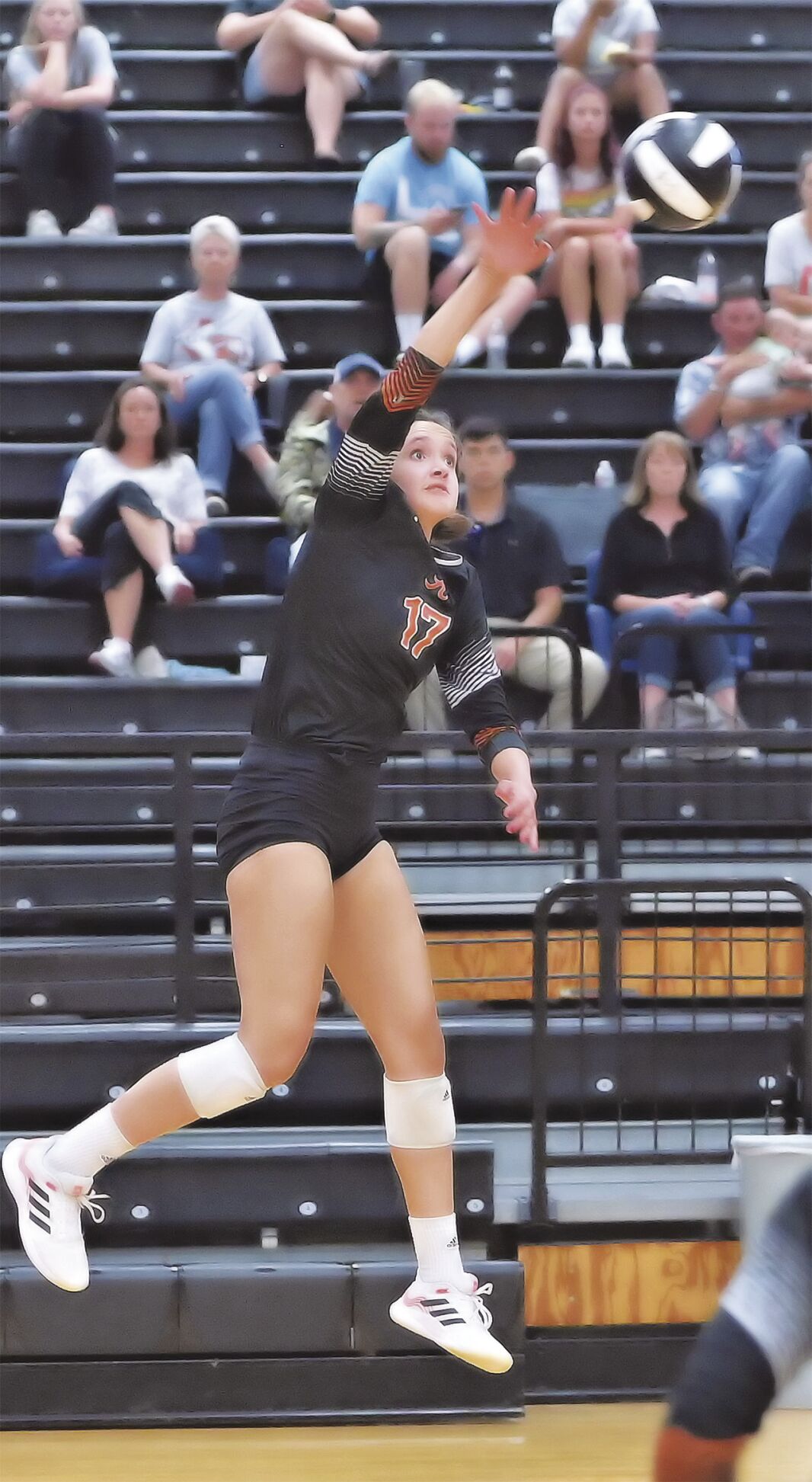 Senior outside hitter/middle blocker Addison Hansen (15) stuffs a shot at the net during Tuesday's non-district volleyball match in Alvin with teammate Mackenzie Strban also reaching for the ball. Alvin swept Clear Brook in straight sets for their fourth straight win.

Boosted by a strong weekend performance at the Santa Fe Labor Day Tournament, the Alvin Lady Yellowjackets seemed to have finally found their stride with the start of 23-6A volleyball play closing in this week.

The Lady Jackets continued that momentum into Tuesday’s non-district home match with Clear Brook and came away with a 25-20, 25-18 and 25-17 straight set sweep at the AHS Competition Gym.

“I told the girls after Santa Fe that this was the best I have seen them settle into a consistent mode,” Lady Yellowjackets’ head coach Kylie Kunefke said following the match. “We didn’t get too high or too low.

“When things went a little wrong like tonight a few times, they kept their composure and played steady.”

Brook tested Alvin’s tenacity throughout Tuesday’s affair, jumping out to early leads of 5-3 and 7-5 in the opening set behind the hitting of juniors Raina Cantu and Kennedy Thompson. However, the Lady Jackets ultimately pulled even at 8-8 on Hansen’s kill and grabbed the upper hand for good on Strban’s service winner.

Garza and Strban then went to work at the net with kills stretching the margin to 23-18. Following another Garza baseline spike, Singleton caught the Lady Wolverines’ defense napping with a front row tip at game point.

Despite the Lady Jackets’ attempts to run away with the second game, Brook refused to initially fold. The Lady Wolverines overcame an early 6-2 deficit to lead briefly at 8-7 and later cut an 14-9 AHS lead to 14-13 on Cantu’s ace.

Singleton stuffed a shot at the net by Brook’s Olivia Hines, though, to make it 15-13 and the Lady Wolverines never got any closer. Hansen and Korrigan Wright increased the lead to 20-16 a little later with hitting winners and Garza drilled a game point kill to put Alvin even more in the driver’s seat with a two-set cushion.

Alvin completed the sweep in the third game with a Brook hitting miscue tying things at 14-14 and Singleton’s go-ahead solo block being followed by Garza’s kill and an ace by junior libero Coryn Breaux.  Hansen and Anderson also teamed for a double block, while Strban’s back-to-back floor shots combined with Hansen’s match-point tip to finish things off.

In other area volleyball action, the co-leading Manvel Lady Mavericks kept pace with Friendswood in the 22-5A standings with a 25-17, 25-13 and 25-20 home sweep over Galveston Ball, Tuesday night.