Alvin ISD hosted its inaugural student athlete leadership academy Friday at the AISD Liberty Alumni Hall with coaches and 180 combined student athletes from Alvin, Manvel and Shadow Creek high school attending the day long event. "To be great" served as the event theme with leadership topics being explored throughout the day by 2Words Character Development founder and motivational speaker Stephen Mackey and the 200-plus group. 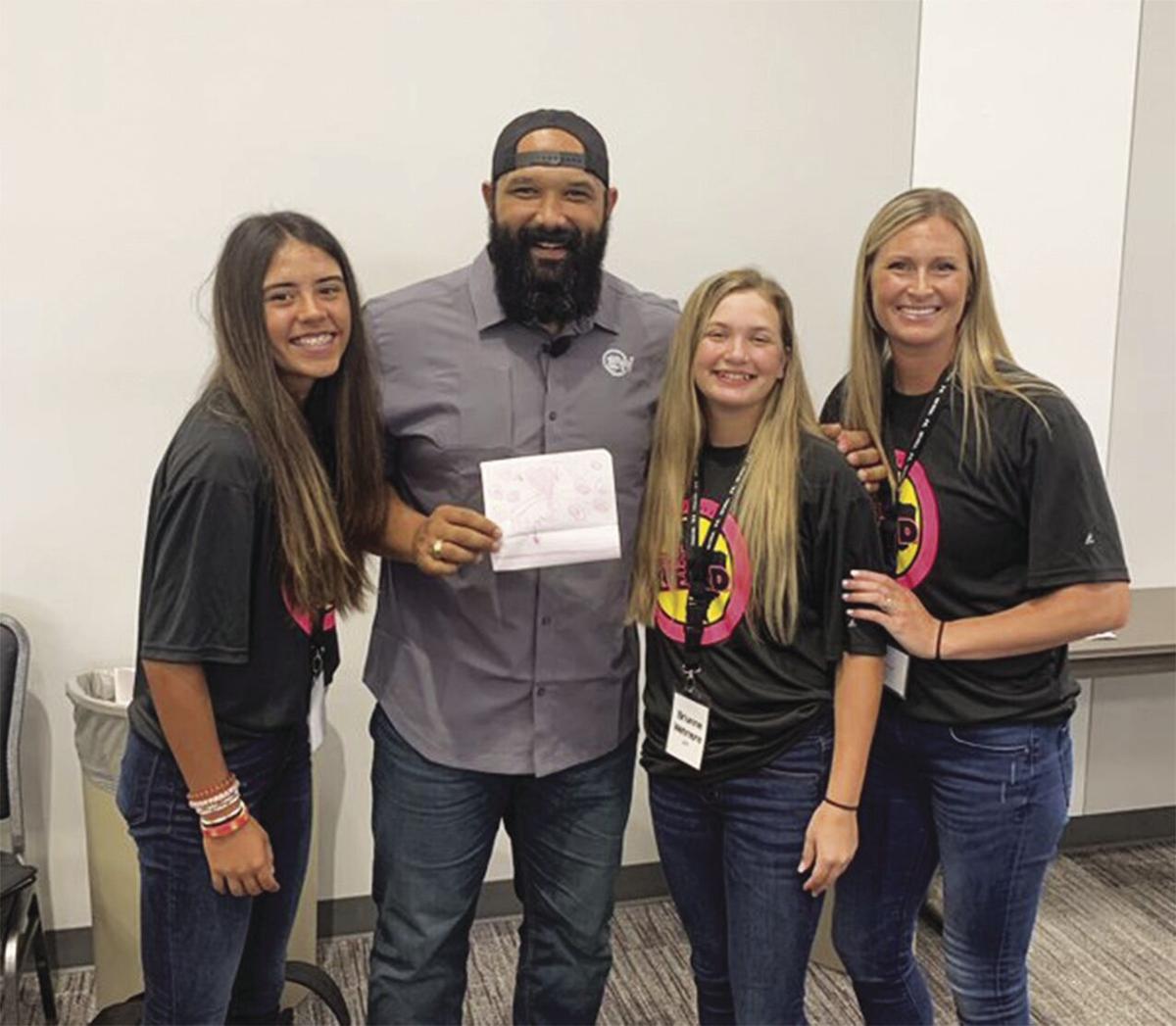 Alvin ISD hosted its inaugural student athlete leadership academy Friday at the AISD Liberty Alumni Hall with coaches and 180 combined student athletes from Alvin, Manvel and Shadow Creek high school attending the day long event. "To be great" served as the event theme with leadership topics being explored throughout the day by 2Words Character Development founder and motivational speaker Stephen Mackey and the 200-plus group.

Motivational speaker Stephen Mackey, founder of 2Words Character Development, was the guest facilitator for the first ever event, which included the district’s high school coaches and 180 student athletes combined from Alvin, Manvel and Shadow Creek high schools chosen by the coaches.

With “to be great” serving as the theme, Mackey and the group explored leadership topics throughout the day. Dr. Johnny Briseno, executive director of AISD Human Resources, explained the “importance of a great servant leader” and the group also received a special taped message Mackey arranged with U.S. Olympic Softball Pitcher Cat Osterman on the “mind-set of a great  leader.”

Mackey said the game plan going into such gatherings is to give the student athletes “the opportunity to have fun, present tangible ideas of leadership they can put into practice and also to give them an opportunity to articulate and develop their own thoughts and answers.”

“We ask the question in light of the theme, let’s be great, how do we help students actually get there,” Mackey said. “Kids say all the time they call me a leader, but they don’t teach me how to be a leader. Throughout the day, we try to put different teachings in front of them to give them some practical things they can do.

“But the real power is allowing them through the use of question to let them articulate and discover the answer for themselves rather than telling them. The real power here is also in the discussion groups, table leaders and members from the community who volunteer their time to spend a day with the kids.

“Dr. Briseno talked about how one small act can make a great impact and Cat Osterman talked about working hard when it’s hard to work, so you can set an example and earn the right to lead each day.  We’re giving the kids the challenge of going out into the community to lead and serve.”

AISD athletic director Michael Bass said  a lot times leaders are thought of as being the biggest, strongest and fastest in their respective sport, but the ultimate goal is to steer participants away from that train of thought.

“What we’re doing is wanting to grow people who may not be that (biggest, strongest or fastest),” Bass added. “It might be someone who isn’t as big or not as fast, but has a servant’s heart. The true test of a servant leader is putting service before self. We partnered up with Stephen Mackey wanting to plant seeds in these young people.

They can learn from this experience and take back these ideas to their campus, family and community and grow us all in the right direction that we all become servant leaders.”

“We’ve given around 1,200-1,300 speeches (since it’s founding), staying within the official character curriculum of the Texas High School Coaches Association,” he said.