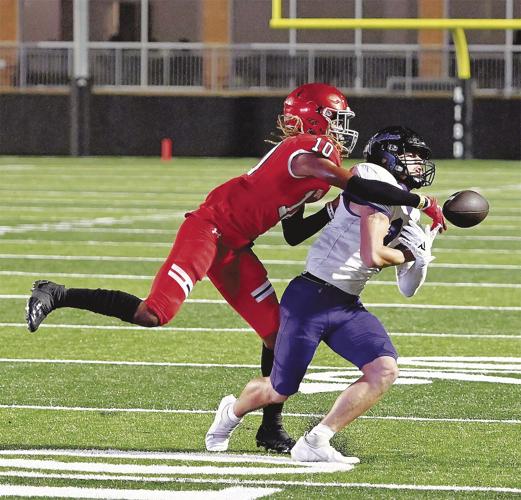 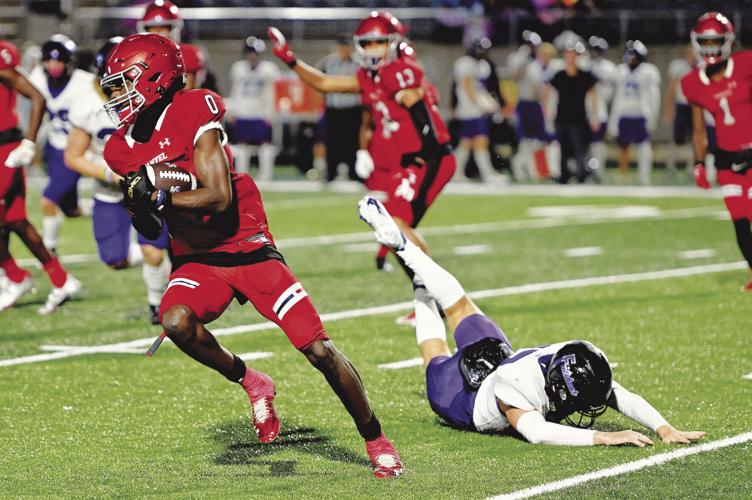 Despite falling out of first place in the 10-5A Division I Football standings with a tough 9-7 loss to the Chargers and into a second place tie with Foster, though, the Mavs still earned a postseason berth a little later, thanks to Angleton winning at Magnolia West.

Manvel (6-3 overall, 5-2) next closes the regular season against Rosenberg Terry on the road at Traylor Stadium, Nov. 4 (7 p.m. kickoff), while their playoff seeding hinges on the outcome of the Fulshear-Foster showdown the evening before on Nov. 3.

The Mavs watched a pair of chances to take the upper hand go awry in the final three minutes. Fulshear’s Jacob Hoffart picked off a Kaeden Smith pass at the Chargers’ 15-yard line to thwart the initial attempt. After Manvel got the ball back, an illegal substitution then pushed Chase Cross’ initial 47-yard field goal attempt to 52 yards.

While the Fulshear offense was able to move the ball effectively early on, the Mavs came up with back-to-back stops on downs inside their own 25-yard line on the Chargers’ first two series. Fulshear finally managed to find the end zone on their third possession, though, with quarterback Parker Williams scrambling in from 9 yards out with 5:19 left in the second quarter.

Manvel moved it to the Chargers’ eight-yard line in the first half’s closing moments, but Cross misfired on a 25-yard FG attempt following a poor center snap.

Kevin Hall’s squad came out of the dressing room following intermission and took their first lead of the contest, though, with Smith rambling 46 yards on a keeper  with 3:42 left in the third. Cross added the PAT for a 7-6 Manvel advantage.

Kavion Godley busted loose for a 65-yard scamper to put Fulshear in good shape at the Manvel 3 on their next possession. Chargers’ fullback Zane Smith was knocked loose of the ball at the one a few plays later with Jalen Charles picking it up for the Mavs and returning it to the 20.

However, Manvel immediately went three-and-out and the Chargers drove from the Manvel 41 to the eight-yard line to set up Joey Mahoney’s go-ahead 25-yard FG with 8:10 left in the contest.

With the Blackcats leadIing 14-0 late in the second quarter, Chris Johnson scooped a loose fumble and returned it six yards for a touchdown to bring Iowa Colony within 14-7 at intermission.

The Pioneers then struck for a pair of third period TD’s, as Jacody Miles exploded 83 yards to tie it and Camren Renfro’s 11-yard keeper gave Iowa Colony its first lead at 21-14 with 4:28 left in the period.

However, the Blackcats responded on the next series with Jada Andrews scoring on a 7-yard run and Smith adding the go-ahead two-point conversion run with 4:37 left.

Miles led the IC offense with 152 yards on the ground and one TD.

Playoff bound Shadow Creek moved a step closer to clinching the 23-6A crown with a 45-0 victory over Alief Taylor, Friday night at Crump Stadium.

The Sharks (9-0 overall, 6-0) also remained unbeaten in both non-district and district play with the shutout win as well.

Shadow Creek can secure the district championship outright with a victory at home against Strake Jesuit, Nov. 4 at AISD Freedom Field at 7 p.m.