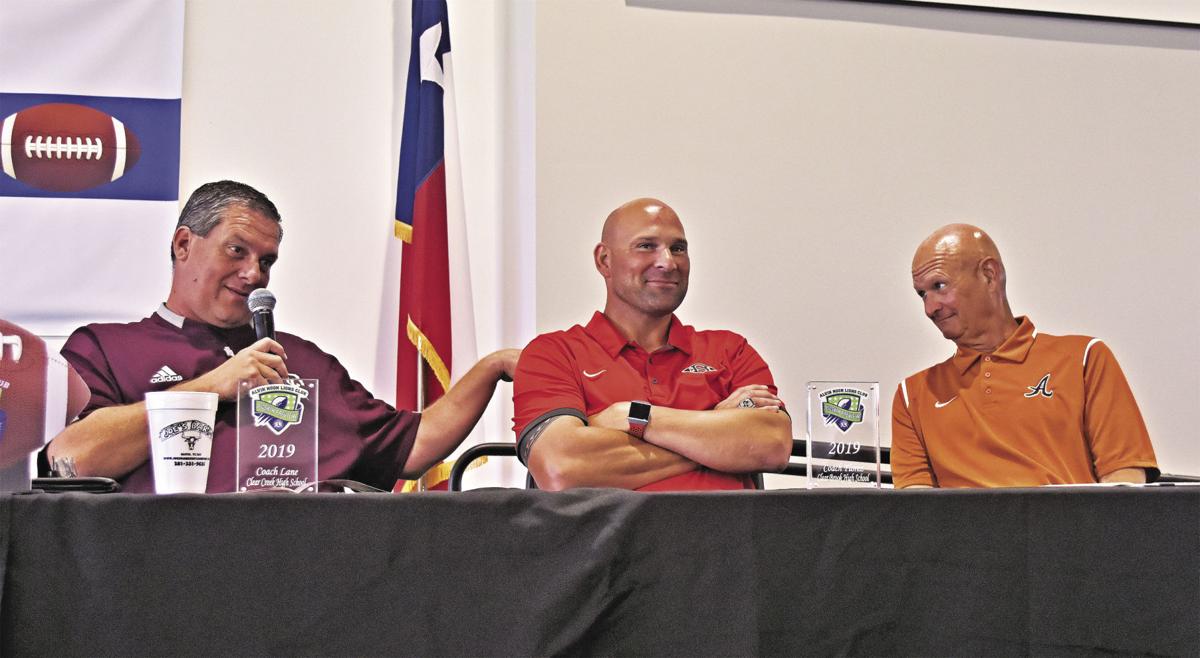 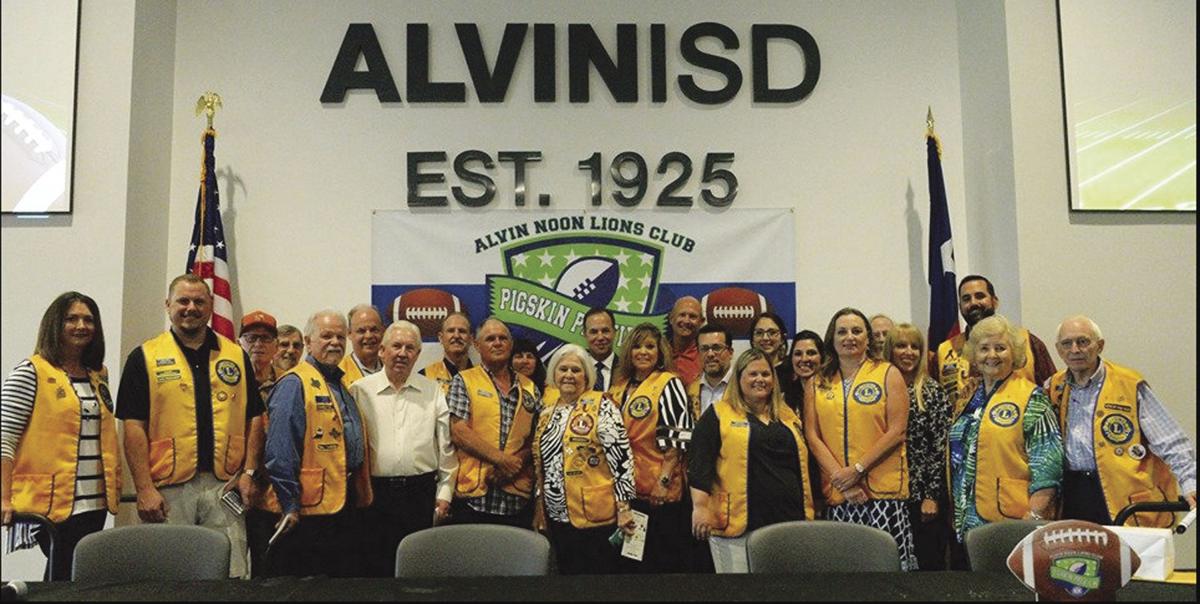 Teykl is also pictured below with KUBE-57 sports director Todd Freed, who served as the master of ceremonies and Alvin Noon Lions' Club members. (Courtesy photo) 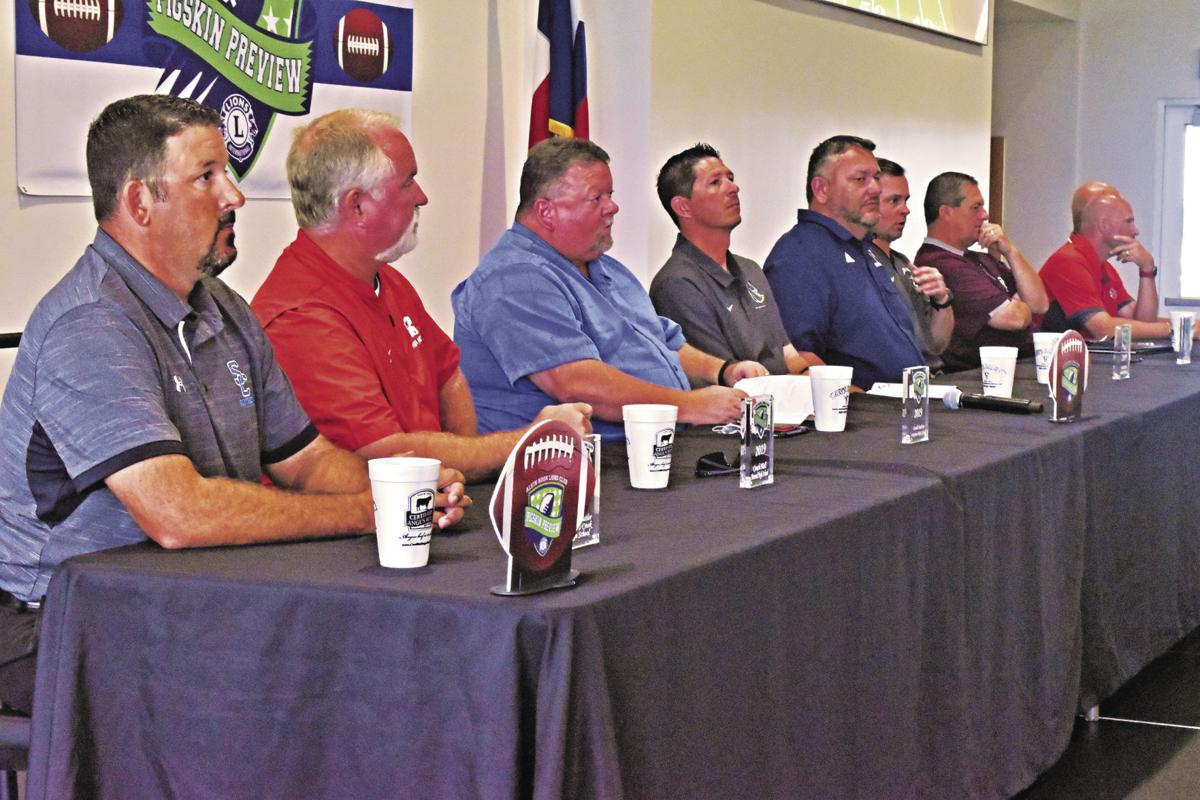 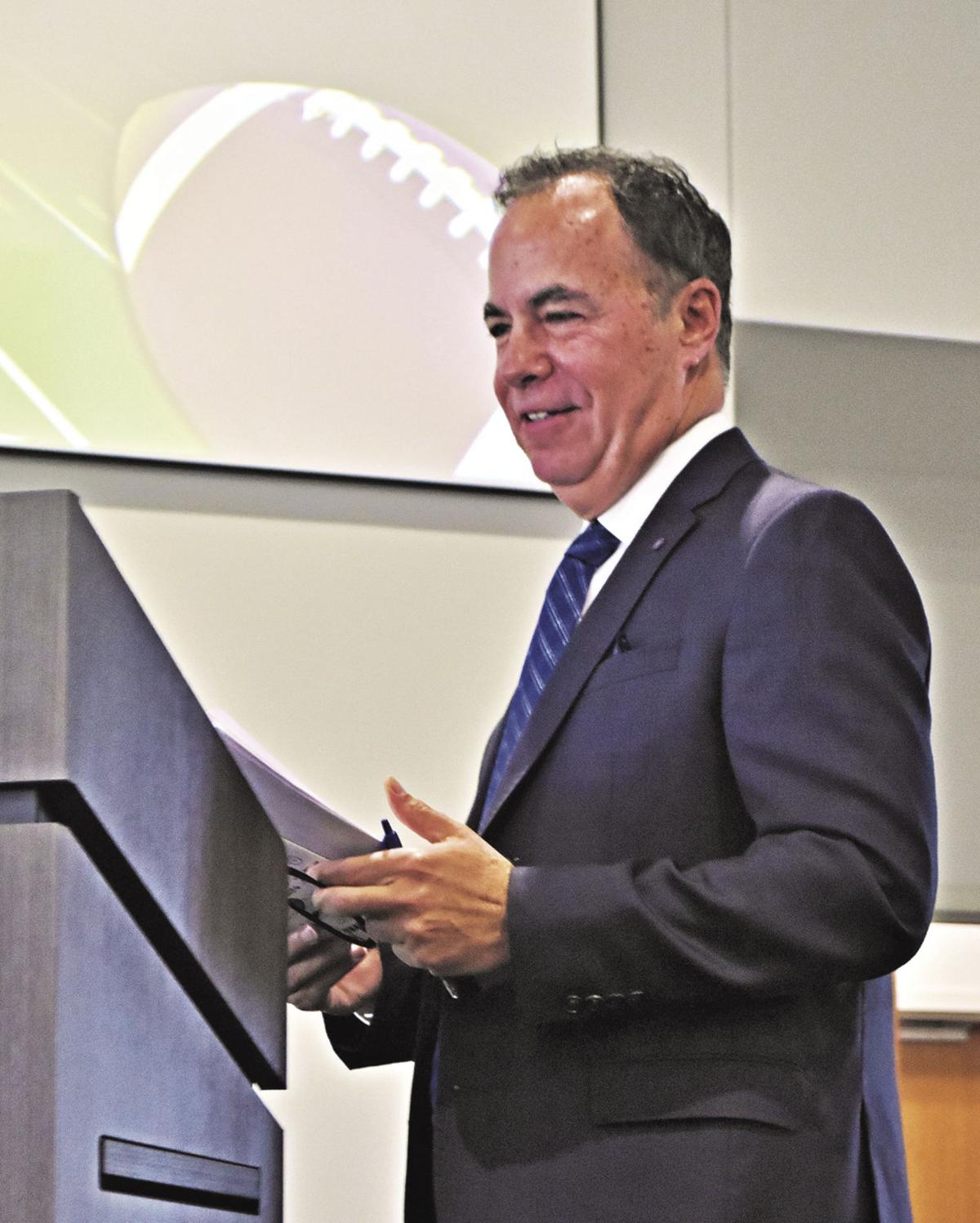 Teykl is also pictured below with KUBE-57 sports director Todd Freed, who served as the master of ceremonies and Alvin Noon Lions' Club members. (Courtesy photo)

The event featured all three area head football coaches, along with the remaining six sideline bosses from District 24-6A. Various groups of players from all nine high schools were also introduced to the audience in attendance by their respective coaches.

“But it was an honor for me to be able to televise the first ever game at this amazing stadium. I’ve been to every stadium in Greater Houston and this is second to none without question. There might be a couple stadiums that hold more people, but as far as first class facilities for a high school stadium, this is as good as it gets.”

Teykl, who was hired at Alvin last spring, is starting his 51st year in the Texas gridron high school ranks as either a player or a coach.

“That tells you that I have a little ownership in the game of football in the state of Texas,” Teykl said. “I don’t know if I could exist without the game of football. There’s a thirst level here (in Alvin) that I’ve never seen in all my coaching years.

“Sometimes you got to make people thirty and they’re thirsty. We’re going through spring ball right now and we can break the huddle with at least eight or nine kids now. We got a chance and we’re scrappy.”

Hall, who’s starting his second year at the Maverick helm, watched his team post a 9-3 record and advance to the second round of the playoffs in 2018.

“I was fortunate enough to be there,” Hall said. “It wasn’t like one of these guys who came in with a completely new system. I think the difference this year is that we changed some things around in the offseason. We did a lot of different things in the weight room and on the field.

“We can’t wait to face (Division II state runner-up and 11-5A Division II champion) Marshall again. You lose in overtime by a point and that team goes all the way. If you don’t want to play them again, as fast as you can, there’s something wrong with you.”

Butler’s Sharks are coming off a banner 15-1 campaign, where Shadow Creek became just the third first-year high school football program in UIL history to advance to the state title game.

“There was a lot of anxiety at this time last year, not knowing how we would fit in,” said Butler, who also earned co-coach of the year all-state honors from the Texas Sportswriters’ Association. “It’s going to be a challenging year. When you are trying to be relevant and be on the hunt, it’s an easy motivation.

“When things go good, human nature can make you get a little complacent. I think our guys just got to keep their eyes out of the rearview mirror and keep their eyes moving forward, making sure we are concentrated on 2019. It was week in and week out test to survive in District 10-5A, Division I. If you can come out of this district halfway healthy and get a playoff spot, you got a good chance to be successful.”

Alvin kicks off the area season on Thursday against Stratford at Houston's Tully Stadium, while Manvel follows with Lake Friday night at Webster's Challenger Columbia Stadium and Shadow Creek  meets Summer Creek on Saturday in Humble.