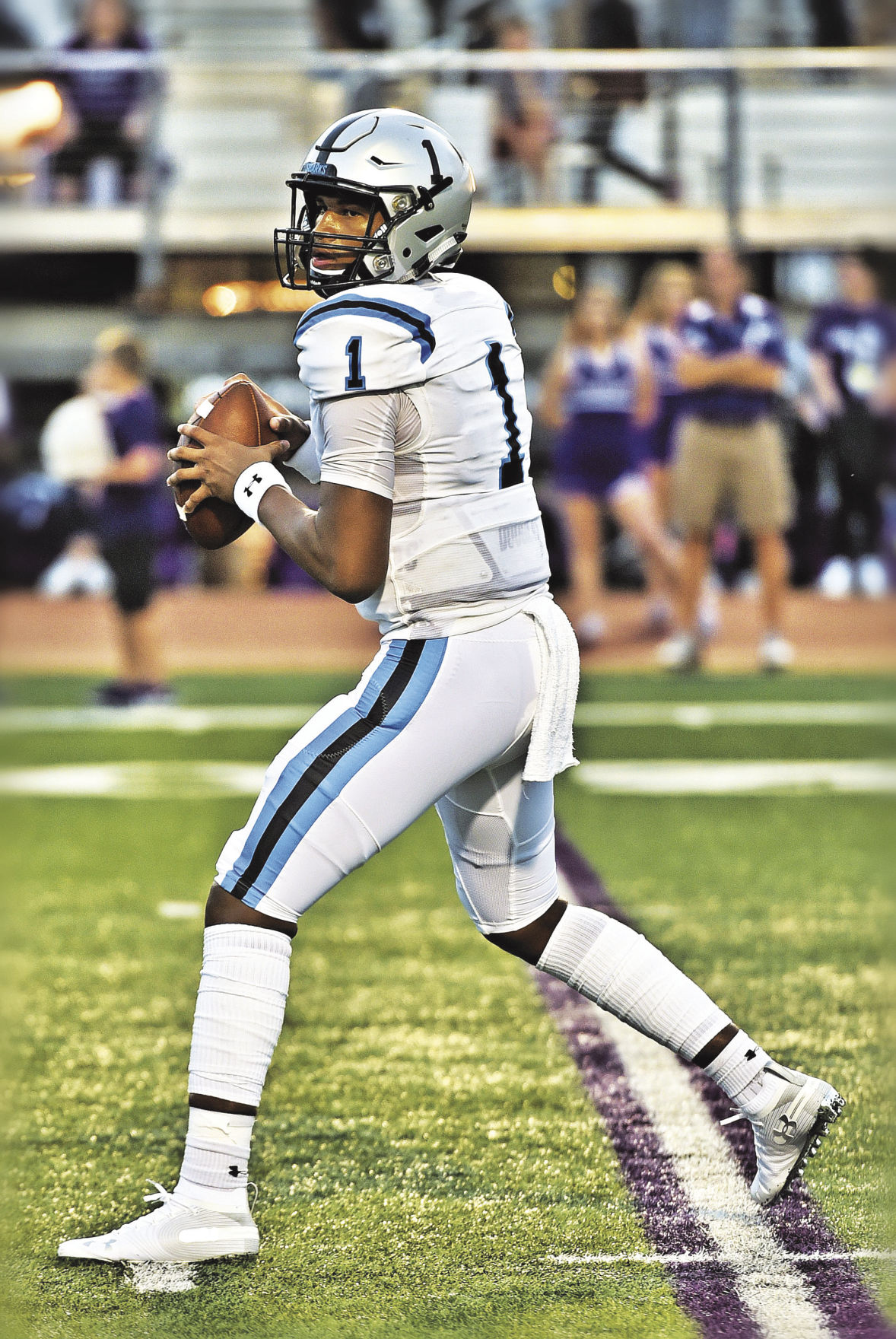 Quarterback Kyron Drones (1), who guided Shadow Creek to the Class 5A Division I State Football Championship, was named the most valuable player in 10-5A. Drones passed for over 3,000 yards and 46 touchdowns.  (Photo by Michael Edmonds) 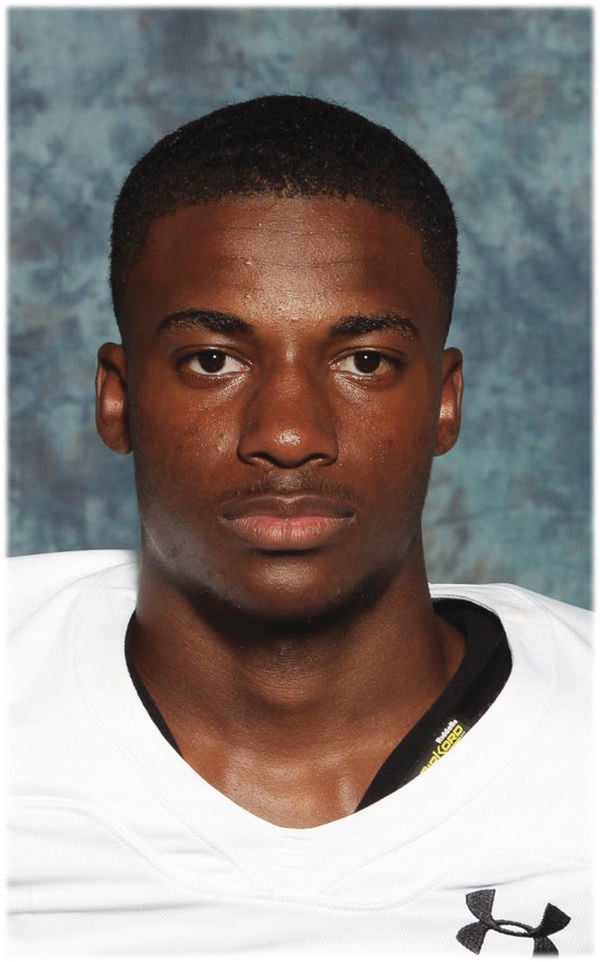 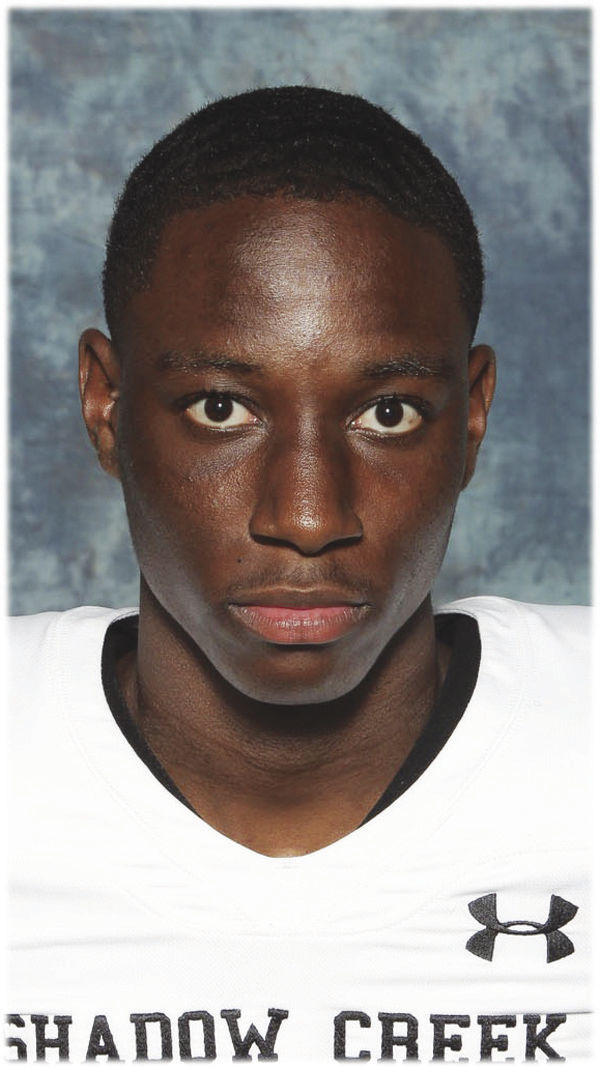 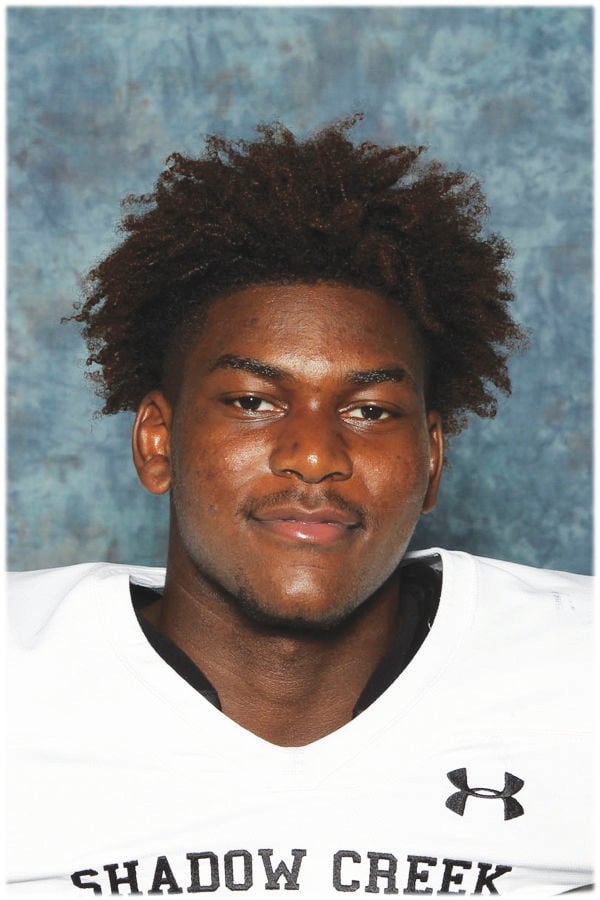 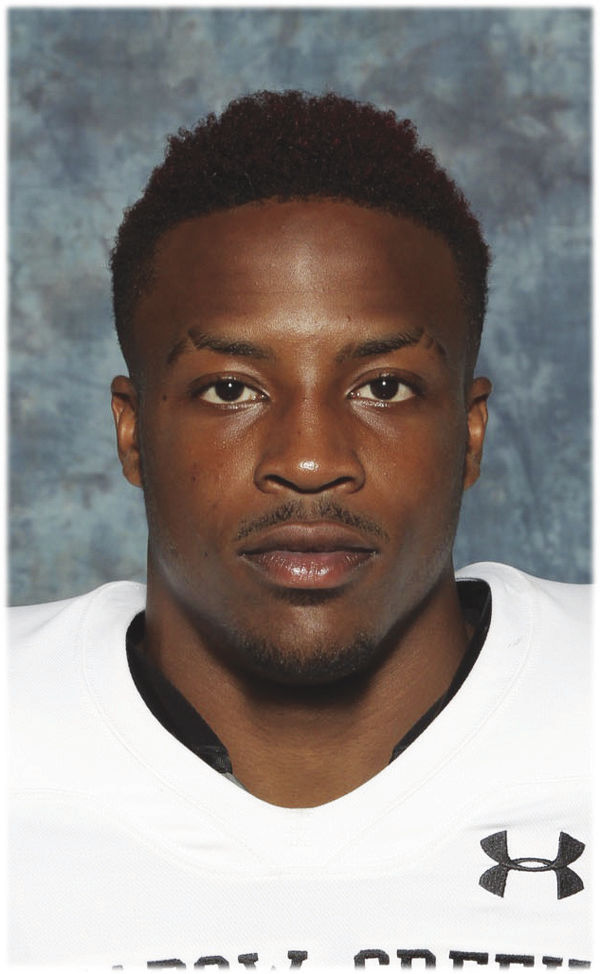 Quarterback Kyron Drones (1), who guided Shadow Creek to the Class 5A Division I State Football Championship, was named the most valuable player in 10-5A. Drones passed for over 3,000 yards and 46 touchdowns.  (Photo by Michael Edmonds)

Quarterback Kyron Drones earned unanimous most valuable player honors in 10-5A to head the 21 all-district selections for the Class 5A Division I state football champion Shadow Creek Sharks.

SC’s Brad Butler was also named the coach of the year and sophomore running back Kelvon Brown received the newcomer of the year award.

Shadow Creek completed the 2019 season with a perfect 16-0 record and also delivered AISD’s first ever state football crown. The Sharks have gone an amazing 31-1 over their first two years of varsity play, which have included back-to-back trips to the state finals.

Playing his first season under center as the Sharks’ QB, Drones passed for 3,390 yards and 46 touchdowns with only 10 interceptions, while compiling 825 yards on the ground and 18 TD’s.

The junior signal caller gained offensive MVP honors in the 28-22 title victory over Denton Ryan with 320 yards of total offense and two TD’s.

Guidry hauled in 25 receptions for 612 yards and nine TD’s and Jackson collected 592 yards on 36 catches and nine TD’s. Landaverde converted on 61 of 64 of his PAT attempts.

The Sharks also led the 10-5A first team defense with eight selections. Senior ends Alec Bryant and Ronald Triplett were joined by outside linebackers Courtney Brown and T.J. Marshall, inside linebackers Jeremiah Harris and Warren Shankle and safeties Jorge Jones and Jaylen Lane.

Bryant and Triplett combined for 102 tackles and eight sacks, while Brown added 40 takedowns. Marshall chipped in 55 tackles and knocked the ball away from Ryan’s Seth Henigan on the game’s final play in the end zone to preserve the Shadow Creek’s state title win over Ryan.

Harris, who gained defensive player of the game honors against the Raiders, provided a team-leading seven sacks to complement 68 tackles and Shankle led the Sharks’ defense with 79 tackles.

Lane and Jones paced the SC secondary with five and four interceptions, respectively.

Senior tackle Devante Johnson and junior outside linebacker Terrence Cooks both made the second team cut on defense, as well.

Manning the second team linebacker stations were Dequeon Thomas (Angleton) and Joseph McCarty-Davis (Texas City) on the outside and Jose Rodriguez (Angleton), Ricky Rich (Foster) and Ryan Helton (Friendswood) on the inside.