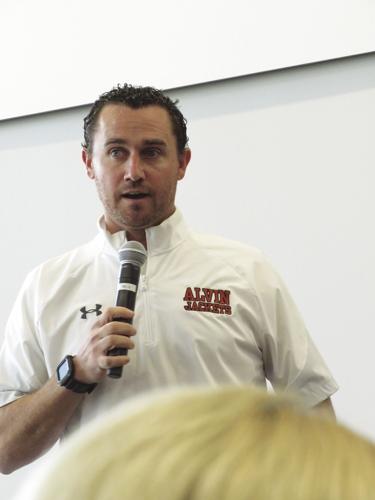 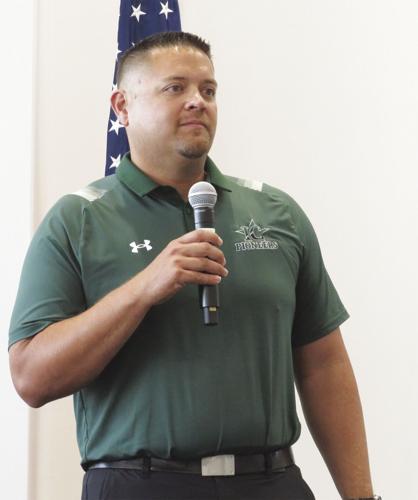 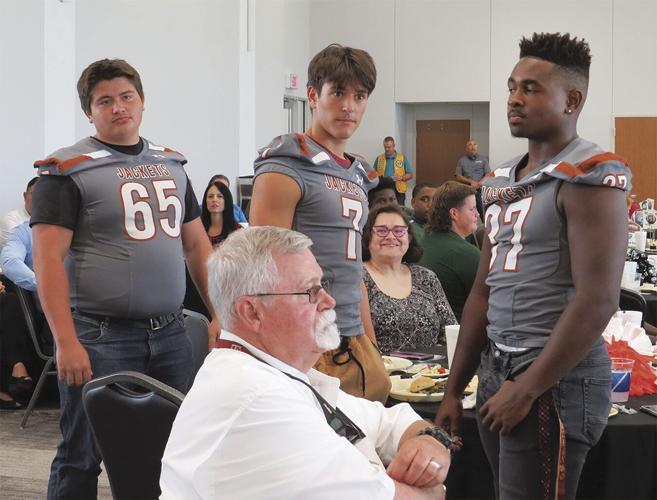 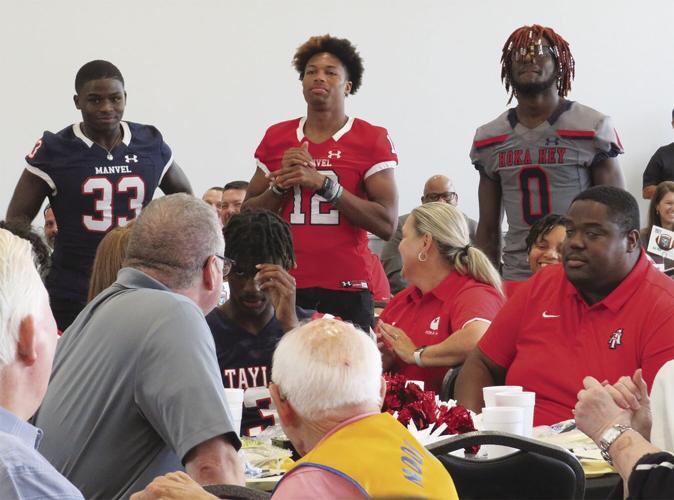 The event featured all four AISD head football coaches, along with the remaining six sideline bosses from District 23-6A. Various groups of players from all 10 high schools were also introduced to the audience in attendance by their respective coaches.

While Gage was pleased by last year’s 4-6 improvement on the Yellowjacket front, the second-year coach also sees the progress not stopping there.

“I’m not satisfied with just being 4-6 and I don’t think anybody else is either,” Gage said. “We did accomplish what we wanted to get accomplished in year one and I think it showed because the bleachers were full every Friday night and people were excited. I feel like we’re headed in the right direction.”

Garza said getting to build a first-year program “from the ground up has always been a dream for him.” Growing up in Manvel, Garza played at Alvin High School and was an assistant coach at both Manvel and Shadow Creek high schools.

“It was a great experience being under coach Butler at Shadow Creek and being able to learn from him,” said Garza, who’s been part of Alvin ISD for 15 years. “When you see us play at Iowa Colony, we’re going to be a spread offense and have players who are fundamentally sound on both sides of the ball.”

Hall probably came up with best lines of the event with the Mavs’ field boss bantering with Rodriguez, who’s entering his first year at the Elsik helm.

Hall and Butler also spoke briefly about the highly anticipated first ever gridiron showdown between the Mavericks and Sharks on Aug. 26 at Freedom Field.

“We lost about 20 starters and we’re going to have to grow up in a hurry,” Hall added. “Our non-district games against Shadow Creek and Beaumont Westbrook will help us prepare for district.”

Butler: “Like coach Hall, we’ve tried to play a tough non-district schedule. As coaches, we’re trying to get prepared (for district) and obviously for the kids and fans, it’s going to be about bragging rights. There’s a lot of excitement going on at Freedom Field.”